Are the left’s ‘experts’ still pretending this is Obama’s economy?

Under that old guy, we were told that the craptastic numbers during his presidency were the ‘new normal’.

Weird. Becuase the NEW guy ran on specific policy platforms which he promised would result in significant economic growth. And we’re seeing exactly the kind of growth he predicted.

For all those people who tell us every day how much they ‘love science’ … which President do you think actually understands the real-world economic consequences of his policies?

Here’s yet another strong month of jobs growth.

This must be some more of those ‘crumbs’ Pelosi was telling us about.

The unemployment rate was 4.1 percent, the same as in January and still a 17-year low.
Source: NYTimes

Here’s a little perspective on that.

Remember those ‘bold’ economic predictions by the experts? The ones who cheered Hillary and panned Trump? Here’s another look at one of them. 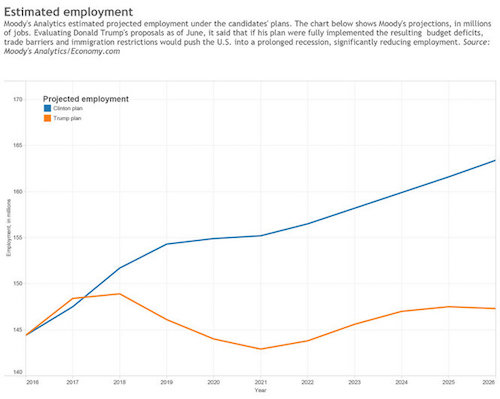 These are the experts who keep telling us that anything a Republican proposes will result in the sky falling.