If this ‘Carl’s Jr’ ad was ‘too hot for TV’ is it really something we should be showing in class?

They don’t learn to think critically or balance a checkbook, but at least they covered… this???

Since when do we have a higher moral bar for our TV viewing than we do for our classrooms?

Here is what junior is ‘learning’ in class these days. 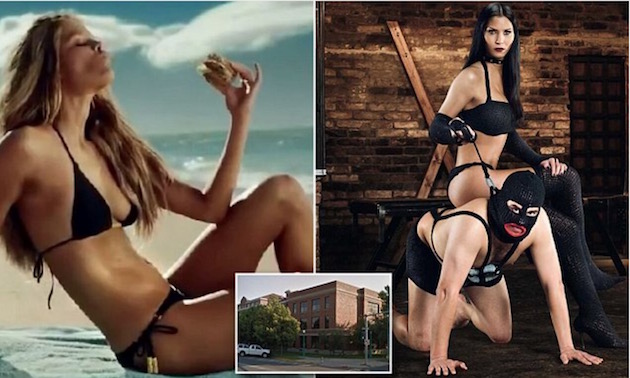 Mom and dad weren’t. They complained about what they considered the pornographic content in their classes.

Students in a Billings high school were directed to racy ads as part of a psychology lesson about how gender and sexuality are portrayed in the media, the Billings Gazette reported.

Matthew and Codele Lurker, whose son is a student in the class, have met with district officials over the issue and questioned why teachers are given such liberty to to select course materials.
[…]
Students were also asked to look through a website created by a college professor and select an example of ‘shocking’ use of gender in advertisements.

Different sections of the page delve into a range of topics such as the objectification of women in the media and how sexual violence is glamorized in campaigns by showing images of models in sexually suggestive positions.
Source: DailyMail

Seeing what’s been going on with the student marches lately, perhaps that time could have been better spent properly explaining the Constitution? There’s obviously a lot of room for improvemet there.

What do you think? Does the content go too far? Does it even warrant a discussion at the high school level?

Or is that time better spent on more fundamental aspects of education?