One leftist summed up the ‘nightmare’ by calling it the worst day on Twitter … ever. (Wow. Does that include Nov 8, 2016?)

This story just keeps getting better and better.

Just yesterday we were talking about Kanye speaking well of Trump and trashing Obama for the fact reason that Obama had no interest in talking about ideas for change with Kanye, but Trump did even before he took office.

Black people don’t have to be democrats.

Kanye was spotted in a Maga hat. Because he DGAF. 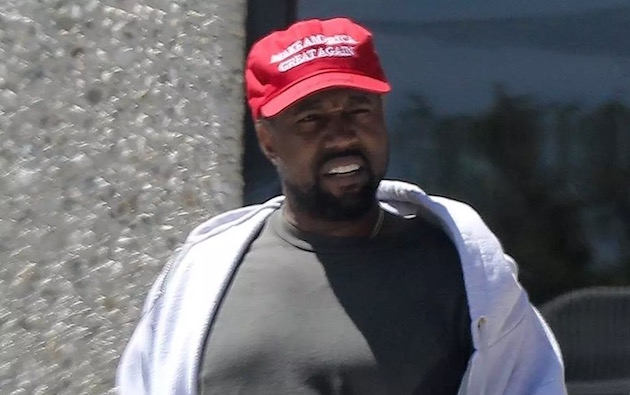 But back to the main story, Kanye’s wife — you may have heard of Kim Kardashian? — had something to say about it.

He’s a free thinker, is that not allowed in America? Because some of his ideas differ from yours you have to throw in the mental health card? That’s just not fair. He’s actually out of the sunken place when he’s being himself which is very expressive

Now when he spoke out about Trump… Most people (including myself) have very different feelings & opinions about this. But this is HIS opinion. I believe in people being able to have their own opinions,even if really different from mine
He never said he agrees with his politics

See? You don’t have to unfriend or hate someone who doesn’t march lockstep with every damned one of your ideas?

There are options BESIDES censorship and impotent rage? How refreshing to hear someone on the left who still thinks so. Thanks, Kim.

Between Kanye and Kim they have close to 100 million followers. This is the reason the left is trying to demonize him.

To the media trying to demonize my husband let me just say this… your commentary on Kanye being erratic & his tweets being disturbing is actually scary. So quick to label him as having mental health issues for just being himself when he has always been expressive is not fair

This is why we call them fake news it tells us more about THEM that it does about West.

Until fifteen minutes ago, everyone on the Left not only LIKED Kanye, they ADORED the couple.

But they need to hastily cobble together a narrative that will explain why someone they love suddenly went rogue on them, and started consorting with the enemy.

Kanye, Kim, and Chance tweeting out an effectively apolitical defense of Trump supporters to their combined 85 million followers is nothing but a good thing for our movement. The top cultural priority of the nationalist movement is normalization- we're getting there!

Q: What happens if people break out of their little ‘assigned boxes’ and start picking candidates based on thier ideas, rather than which party the press tells them it’s ‘acceptable’ to vote for?

It’s always incredible to watch a cultural shift happen in real time. I respect those willing to take the lead breaking with convention. That takes guts… though there’s a better word for it. ???????? https://t.co/01jMdg6ETa

A: The whole house of cards the Democrats have been building falls apart. Completely.

How can you pit black against white, male against female, cis against trans, if the only thing that matters for your vote is your ideas?

If there is no unifying enemy to rally around, and no politics of grievance or envy what will Dems have left to offer?