Once again, the Left is ‘balkanizing’, turning inward and eating its own.

Free Pride Glasgow committee members decided that having men dressed as women giving stellar performances during the event would be offensive to transgender individuals, and that non-binary people within their ranks would be “uncomfortable with having drag performances.”

They’ll miss the feather boas and the glittery footwear, but “the needs of the most marginalised groups within our community come first,” the group told the Independent.

“It was felt that it [drag performance] would make some of those who were transgender or questioning their gender uncomfortable. It was felt by the group within the Trans/Non Binary Caucus that some drag performance, particularly cis drag, hinges on the social view of gender and making it into a joke, however transgender individuals do not feel as though their gender identity is a joke,” Free Pride Glasgow said in a released statement.

Sorry RuPaul, you’re going to have to rethink that tweet:

NYTimes: Is This the Golden Age of Drag? Yes. And No. https://t.co/z7iCoLRB4J pic.twitter.com/DC2tzB2UPM

This Greek man is gay, but not happy.

The article he linked to absolutely HAMMERED the jackboot tactics involved.

UK banning knives and calling screw drivers dangerous weapons, and now drag queens banned at gay pride parade. “and the gods of the copybook headings limp up to explain it once more.” Read Kipling, it’s all playing out again. https://t.co/sPY8T64Y6u 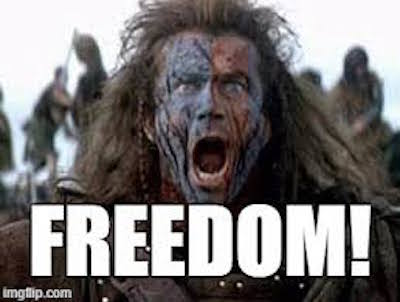 Where are you when Scotland REALLY needs you?