The Kardashians sure know how to pick them, eh?

Khloe Kardashian’s main squeeze, Tristan Thompson, is keeping it classy by kissing a strip club worker in an exclusive Manhattan club then taking her to a hotel room while his very pregnant baby-mama is hanging out in Cleveland waiting to give birth any day now.

Way to not be an a-hole.

Khloe Kardashian is yet to break her silence after video emerged of the pregnant star’s boyfriend Tristan Thompson seemingly kissing a mystery woman at a New York City club.

And seemingly corroborating the allegations, the entire Kardashian clan has unfollowed the Cleveland Cavaliers star on Instagram.

Tristan, who boasts 2.7million followers on the photo-sharing site, has been snubbed by everyone from Khloe herself to her momager Kris Jenner.

As mentioned, it likely went way beyond kissing.

This comes as Tristan was spotted heading into a hotel and departing on Sunday evening with the strip club worker he was seen kissing and getting close to shortly before.

Video follows various points in the duo’s evening and comes after footage showed the basketball ace locking lips with the woman – identified as Lani Blair – during a night out days before his girlfriend is due to give birth to their first child.

Heading out of a vehicle and into New York’s Four Seasons Hotel on multiple occasions, Tristan, 27, appeared sheepish while the curvy brunette hotfooted behind him – before she later left solo while toting a Louis Vuitton weekend bag.

We are ready whenever you are little mama ????

Watch the TMZ video allegedly from October that gets rather *cough* racy:

Watch the video of the latest ‘cheating’ episode:

Some photos of Thompson were taken by others inside the exclusive club. 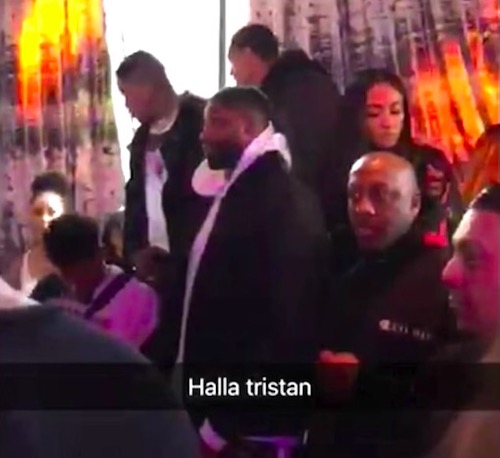 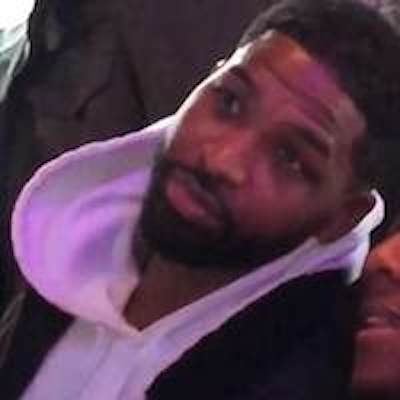 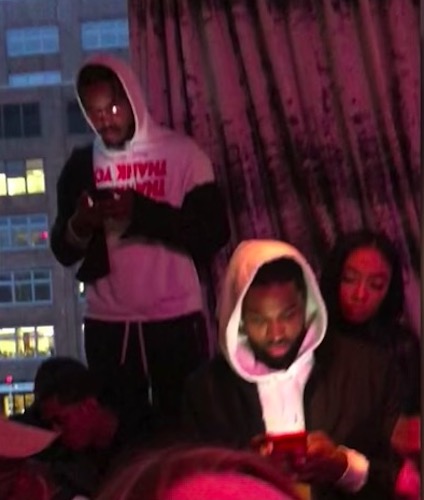 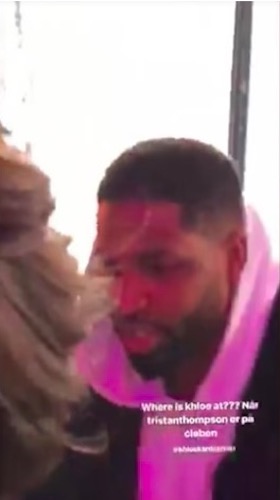 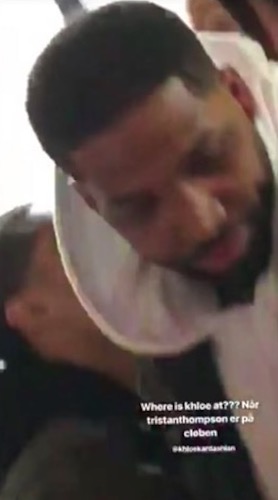 Here are photos of Thompson and the woman identified as Lani Blair entering the hotel. 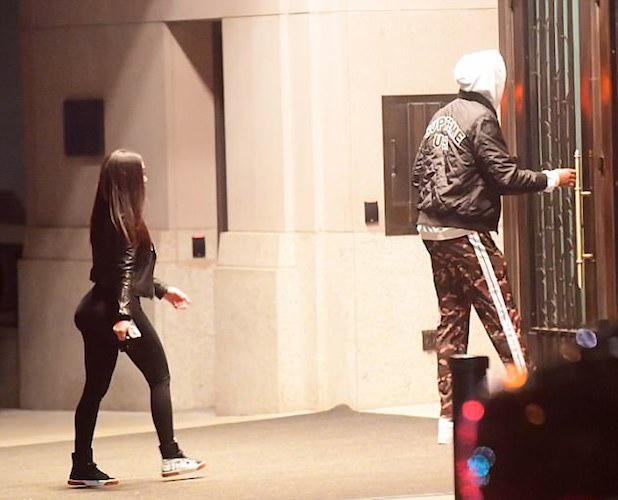 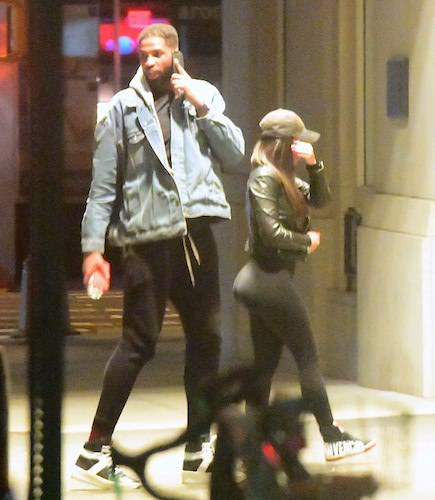 Thompson’s ex-girlfriend and other baby-mama reacted to the scandal.

In her Instagram story, Jordan uploaded a post that read: ‘If you respect yourself and you respect others, you would never make light of the misfortune of anyone.

‘Nor would you feel indemnified when it comes at the expense of others. Wishing peace for everyone.’

Tristan was previously accused of breaking up with Jordan while she was pregnant. Their son, Prince, was born in December 2016.

By the time Jordan was 6 months into her pregnancy, Thompson had begun dating Khloe.

The Evening Standard reports that the Kardashian clan had been concerned about Khloe’s relationship with Thompson prior to the video release because women throw themselves at sports stars and they were concerned that it was very easy to cheat while on the road.

Khloe has made some disastrous relationship decisions in the past, the worst of which was Lamar Odam, who revealed his cheating on Khloe in a ‘freestyle rap’ video while he was high on crack cocaine.

No one deserves to be treated this way.

But then, when you start dating someone that ditched his pregnant girlfriend, what do you expect, exactly?