If you’re wondering why Brits suddenly stopped with their smug digs at American gun control, here’s why.

It wasn’t long ago that they were piling on the ‘March For Our Lives’ issue, mocking Americans and the Second Amendment. You probably saw some of that yourself, if you spend any time on social media.

Piers Morgan got in on it, for instance.

Mockingly, he asked where Britain would be without ‘you and your massive guns’? 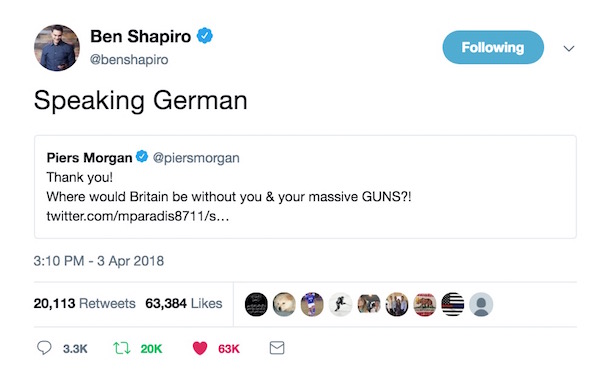 Then there was that embarrassing news about London having a higher murder rate than New York.

Did we say ‘knife’ crime? That doesn’t quite tell the whole story. Despite what they’re telling us about how safe UK is now that all the guns are gone, there still seem to be people getting SHOT! Here’s another headline: UK Struggles to Combat Gun and Knife Crime as London Murder Rate Tops New York City 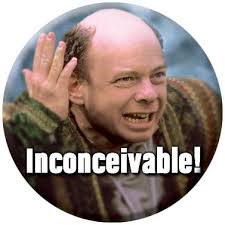 You will notice that stat doesn’t mention the acid attacks, which ‘only’ disfigure their victims. 2017 was the worst year for acid attacks in London

What is the London mayor’s big plan now?

He plans to further disarm the population.

No excuses: there is never a reason to carry a knife. Anyone who does will be caught, and they will feel the full force of the law. https://t.co/XILUvIFLOW

Parliament is also set to take up heavy “knife control” legislation when it resumes this week. The U.K. government is expected to introduce a ban on online knife sales and home knife deliveries, declare it “illegal to possess zombie knives and knuckledusters in private” — “zombie knives” are those defined as being manufactured for the purpose of being used as a person-to-person weapon — and ban sales of caustic materials to anyone under the age of 18, the Independent reports.
Source: DaiyWire

Zombie knives? Seriously, what is wrong with those people?

Are you allowed ANY knives? Yes — you can have a non-locking blade up to 3″ long in public places. So long as your are an adult. But nothing larger than that.

Well, the mayor is in for a surprise. He’s about to open up the personal defence debate, and he’s too obtuse to even realize it.

If the UK has never had a serious conversation about the Second Amendment, they’re about to.

Stats tell us that there are more than 100k Sikhs in London.

Sikh religion DEMANDS that they carry — at all times — a knife on their person. It’s called a Kirpan. And they range in size from 3″ blades to 3′ blades, but usually they are at least 3 1/2 inches. If you’ve been paying attention, that would contravene the law.

Manvir Singh, a Sikh minister of religion in the U.K., told CBC News that there is no size requirement but the kirpan cannot be so small that it is merely symbolic. And the blade must be iron or steel. — Source: CBC

NOT symbolic — it must be functional. 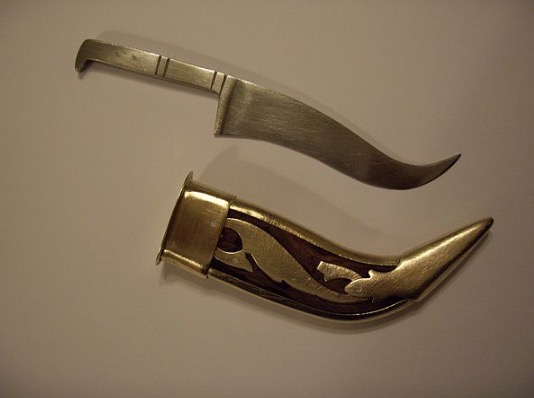 This just might kick off an honest conversation about why free people must not be forcibly disarmed.

Then again, looking around at the current state of the UK, that might be too much to hope.