This is the natural outcome of ‘helicopter parenting’ in our ‘bubble wrap’ culture, isn’t it?

Or when too much power is put into the hands of lawyers and insurance adjusters. Take your pick.

The Left ‘says’ they want us to be more physically active, and they want to fight obesity. But all the fun and interesting things we do to stay fit? Those are too ‘risky’.

They used to say that about playgrounds.

Now they’re saying it about …this?

The student “Outing Club,” which has gone backpacking, kayaking, and hiking in state parks over the course of its 98-year-existence, will no longer be allowed to host outdoor events after administrators conducted a risk assessment, according to The Pittsburgh Post-Gazette.

“The types of activities in which [Penn State Outing Club] engages are above the university’s threshold of acceptable risk for recognized student organizations,” according to an official announcement.

A key issue for administrators was that the Outing Club frequently visit locations with poor cell phone coverage. This wasn’t an issue during the Coolidge administration, but now that cell phones exist, students are apparently expected to remain glued to them at all times.

“Student safety in any activity is our primary focus,” Lisa Powers, a Penn State spokeswoman, told The Post-Gazette.
Source: Reason

That’s the real problem, isn’t it? 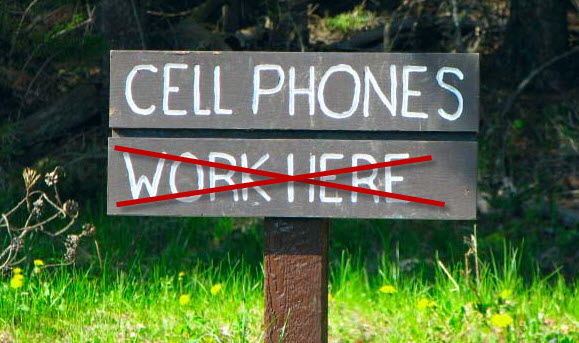 Wouldn’t want the little dainties to be somewhere that Google couldn’t rush to the rescue, would we?

“Student safety in any activity is our primary focus,” Lisa Powers, a Penn State spokeswoman, told The Post-Gazette.

And yet the treasurer of the Outing Club said that he hadn’t heard of any injuries sustained on club outings in recent years.

Leslie Demmert, the angry alum who alerted me to this travesty, said in an email:

Students can still play field hockey, rugby, and football at Penn State…but they can no longer enjoy a cave or go scuba diving or even make an outdoor adventure under the guidance of trained student leaders at Penn State. Why? It’s too dangerous to be out of cell phone range. I’m an alumna (’71, Liberal Arts) and I’m furious that Penn State administration allows indoor activities but has hobbled healthy, outdoor leadership and controlled risk-taking opportunities.
Source: Reason

Do they realize that humanity lived and even thrived in the time before cell phones?

However did we survive it all?

Here’s a shirt for any real men (and women, too) that have somehow escaped ‘domestication’: