It’s not every day that a reporter’s news story sparks a Senate inquiry, but when this much taxpayer money is being diverted to terrorists? They’d be crazy NOT to look into it.

After all, suitcases filled with cash, being carried abroad should raise eyebrows, right? Especially when it was TAXPAYER cash to begin with?

This story begins at Minneapolis-St. Paul International Airport, where mysterious suitcases filled with cash have become a common carry-on.

On the morning of March 15, Fox 9 chased a tip about a man who was leaving the country. Sources said he took a carry-on bag through security that was packed with $1 million in cash. Travelers can do that, as long as they fill out the proper government forms.

It doesn’t matter WHERE you come from. $100 Million is a lot of money.

For five months, Fox 9 has been investigating what appears to be rampant fraud in a massive state program.

This fraud is suspected of costing Minnesota taxpayers as much as $100 million a year.

The Fox 9 Investigators reporting is based on public records and nearly a dozen government sources who have direct knowledge of what is happening.

These sources have a deep fear, and there is evidence to support their concerns, that some of that public money is ending up in the hands of terrorists.
Source: Fox

The country this money is being taken to just happens to be on the so-called ‘Muslim Ban’ list (the countries on the Obama administration restricted list, plus Venezuela).

What was the money SUPPOSEDLY being used for?

They believe a sizeable amount is coming from fraud in the state’s childcare assistance program, which offers government subsidies to low-income families.

At least 10 daycare centers are currently under active investigation for overbilling the state. Most of those centers are owned by Somali immigrants. Members of the community told Fox 9 that the fraud is widespread. It’s believed some of the funds are being sent in the form of remittance payments to relatives in their homeland. Investigators also believe terrorist groups are demanding a cut of the money when it arrives overseas.

“I say absolutely, our sources tells us that,” said Glen Kerns, a detective who spent 15 years on the FBI’s joint terrorism task force. “Good sources – from the community leaders.”
Source: Fox

Hardworking Minnesotans like many of our readers have been footing the bill for “daycare costs” that gets loaded into planes and taken, where was that again?

Al-Shabab means The Youth in Arabic.

It emerged as the radical youth wing of Somalia’s now-defunct Union of Islamic Courts, which controlled Mogadishu in 2006, before being forced out by Ethiopian forces.

There are numerous reports of foreign jihadists going to Somalia to help al-Shabab, from neighbouring countries, as well as the US and Europe.

It is banned as a terrorist group by both the US and the UK and is believed to have between 7,000 and 9,000 fighters.
Source: BBC

Does Mogadishu ring any bells? It should… 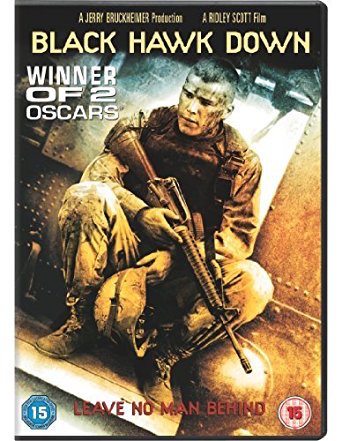 But ‘extreme vetting’ is a ‘racist’ proposal, right?

Now, what should be done with the people who are found to have been part of this?

And before you submit your answer, don’t forget to get in on our awesome giveaway!

What do we do with these terrorist-funding fraudsters?