It wasn’t on the itinerary. But who’s going to tell the Commander-in-chief he’s not allowed to do it?

It’s a question of respect. As President, you are the commander in Chief.

Under the president what’s-his-name, the last guy, we saw the extent of his respect for the troops, their training and their equipment by little things, like his plan for Sequestration.

He held military funding hostage to his grand plans to ‘fundamentally transform’ America.

That attitude may have had something to do with the reception he got at this speech: 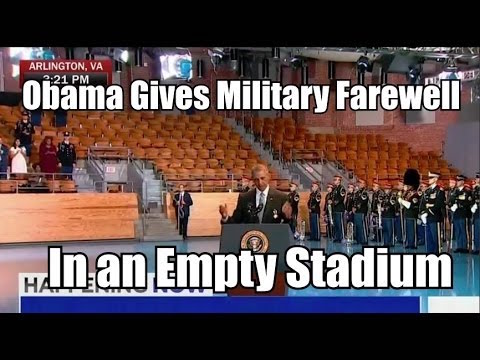 Pres. Trump shook the hands of graduates of the Naval Academy in Annapolis, Maryland for nearly 90 minutes this afternoon. Here’s every single one in 41 seconds. https://t.co/4NdFuI6HMb pic.twitter.com/Ug3o87XLIU

Why did he stay? He explained it in his own words.

Trump: "I could make this commencement address … and immediately leave and wave goodbye … Or I could stay for hours and shake hands with 1,100 and something. What should I do? What should I do? I'll stay, I'll stay!" pic.twitter.com/qsJ220pnHW

He didn’t think he was too special or important to show honor to whom it was due.

This is a President thinks that all 1100 of those graduates deserved the honor of being acknowledged by their Commander-in-chief.