Have you SEEN what they are putting little kids in?

The outrage of the week last week was around the separation of little kids form their parents.

Of course, a lot of it was ginned up, deliberate provocation, and based on outright lies.

See “Time” magazine for one example of ‘outright lies’.

Trump was ‘literally Hitler’ never mind those pictures from 2014. Never mind the rule of law, or that American children go into government custody when their parents are convicted of a crime.

They won’t listen to those arguments. They’re too busy beclowning themselves by comparing this to when the Democrats rounded up Americans of Japanese descent into Internment Camps. (Maybe it was a Leftist thing, since Canada’s Liberal Government was busy doing the same thing there.)

Worse still, they’re dishonoring the memory of the millions who died in Hitler’s gas chambers by making that comparison, too.

They like being outraged. A lot. All the time.

Has anyone told them about this? They’ll lose their minds! 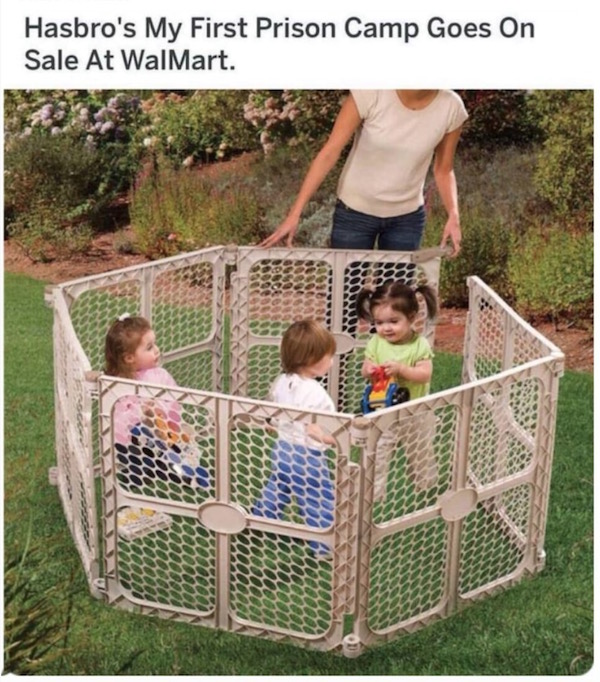 Hasbro — how could you do this to the children?

We could all take a deep breath and leave the emotional outbursts to the small children and try to have a rational discourse AS ADULTS on how to solve a difficult political problem.

Think that would work?