That awkward moment when a CNN commentator cheers a criminal act against a minor.

Does anyone still think the Militant Media(D) are the defenders of the innocent?

You remember the story, don’t you?

A 16-year-old stopped into Whataburger, where a guy walked in, threw a drink at him, took his hat, cussed him out, and walked away.

Not only did the guy lose his job over it, but now he’s facing criminal charges. 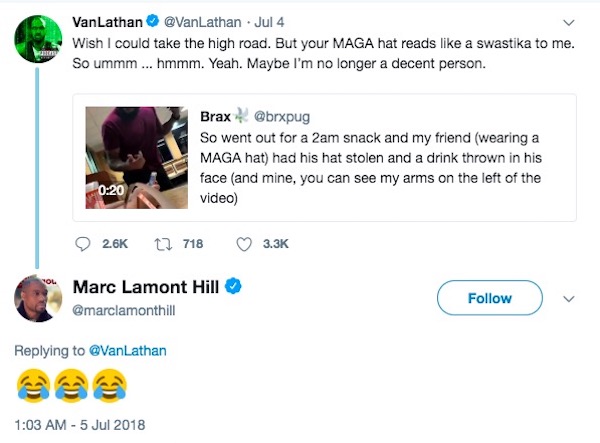 At least the VanLathan guy recognized laughing at the kid was a scuzzy thing to do. He’s right about the ‘not a decent person’ observation. By extension, the same can be said of Marc Lamont Hill.

Here’s his profile with his status as a CNN commentator proudly listed: 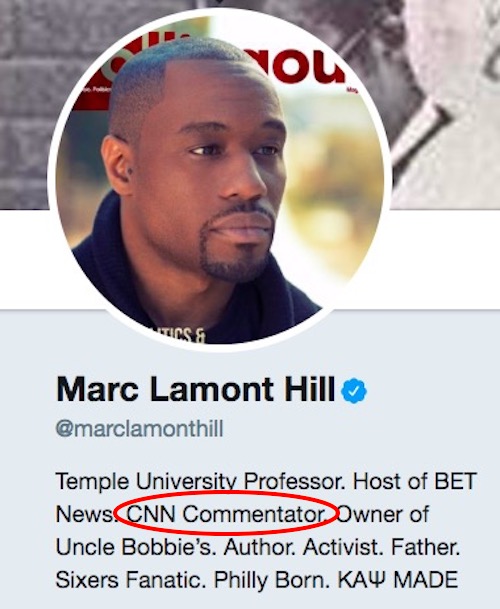 And here is his interesting choice of image for his header:

He wrote a book on ‘America’s War On The Vulnerable’.

“Nobodies”, huh? Isn’t that your opinion of anyone wearing a MAGA hat — even if they’re just a kid?

That’s not the position of someone who is defending the weak against the strong, or defending those who have been unjustly treated.

That’s the position of someone who reads the news right to left… looking for the letter after the name, before judging the behavior of those involved.

He’s just another partisan hack weaponizing the news in service of an agenda.

If he was wondering why we call them ‘fake news’… this is yet another clear example of what we mean.

Not that we expect them to learn from their mistakes or apologize.

Like most partisans, they are committed to a cause, not a set of principles.

He one in a long line of “press-titutes”, whoring the facts in service of his narrative.

It’s long since past being offensive. Now it’s just tedious.

And that’s showing up in the ratings.