It’s normal for a business to hit the occasional ‘bump in the road’. But Facebook just drove into a sinkhole.

We are NOT talking ‘chump change’. Not even by Zillionaire Zuck’s standards.

Check out the drop: 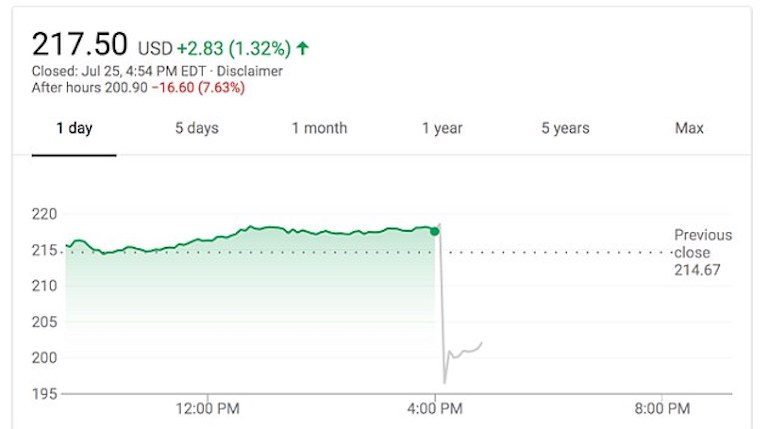 Could they make it all back again? Could be. After all, they’ve gained about as much since the beginning of the year.

But that is still an enormous drop. And their growth numbers won’t be much help in reassuring anyone.

Users in Europe dropped from 377 million to 376 million, partly as a result of the new General Data Protection Regulation rules.

Facebook executives made investors even more nervous when they warned of further revenue deceleration in a call with analysts.

He cited the new GDPR rules, user privacy controls and currency headwinds as factors contributing to the deceleration.
Source: DailyMail

Do you think shareholders wish that Facebook had been focused on running their business, rather than trying to make culture conform to their view of the future?

I know that if I owned shares in Facebook, and that my share value had just dropped 20%, that’s what I would be thinking. But maybe that’s just me.