Just thank God she didn’t follow through on that one threat. Because there’s no way to bleach out your mind’s eye.

She showed up for a protest. About immigration, supposedly. We’re not sure even she knows what she’s protesting — she had one helluva time staying on topic.

When she found out that the camera she was talking into was from a Conservative site, she went completely apesh-t.

She started swearing. Shouting out their name to ‘out them’ as a conservative news site. (Strange that no mob joined her to help shame them. Maybe even THEY wanted nothing to do with her.)

Between her many clumsy and unimaginative bursts of profanity, she started to argue with the reporter, calling her racist. (The reporter was the daughter of an immigrant.)

So what does this loudmouth chick do? She has to play a higher-status victim card. She told the reporter that she was Native American.

Crazed Immigration Protester Goes On Unhinged Rant, Then Threatens To Expose Herself

Warning: explicit language ! A crazed immigration protester attending the ‘Families Belong Together' Rally in Washington D.C. went on an unhinged rant, then threatened to show her boobs. This while taking verbal shots at the Daily Caller's Stephanie Hamill and Kevin Fries.Read the full story: http://dailycaller.com/2018/06/30/video-crazed-immigration-protester-goes-on-unhinged-rant-then-threatens-to-show-her-boobs/

Native American? Seriously? Been there, done that. 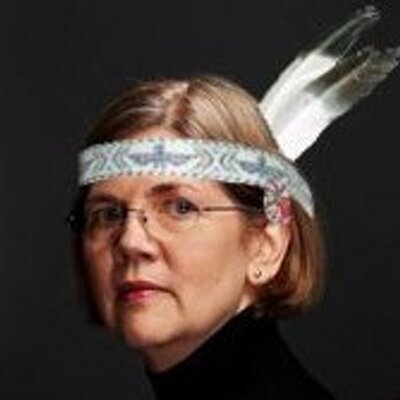 That claim really is a stretch… if this protester was any whiter, she’d be albino. But that’s the world we live in now. The Victimhood Olympics.

The she REALLY went squirrley. She went on about Planned Parenthood, vasectomies and having tubes tied (and at this point even Planned Parenthood’s PR team would be cringing — whoa, slow down there tiger. We don’t really want you representing us in public.)

Somthing in the corner of her mouth… Hygiene issue? Foaming at the mouth?… was a distraction during her rant, and it somehow made her unexpected threat to expose herself to the camera even more startling.

You want some of this? 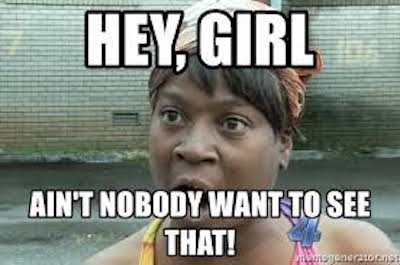 Seriously, lady, put those things away.

And maybe switch to decaf.