The Democrats are pushing a pro-illegal immigrant anti-ICE agenda into the midterms. Is this a good plan?

Every now and then, we should remind ourselves of the horrific acts that were committed by a handful of Obama’s ‘Dreamers’.

We all remember Kate Steinle, but here’s a reminder of the horrific murder of Josh Wilkerson 8 years ago.

Since 18-year-old Josh Wilkerson was killed by a Belize national in 2010, Pearland resident Laura Wilkerson has campaigned for more stringent immigration laws, even appearing in a Donald Trump ad on the topic during the 2016 presidential campaign.

“In 2010, one of the illegals slaughtered my son,” Wilkerson told Pelosi. “He tortured him; he beat him; he tied him up like an animal, and he set him on fire.” 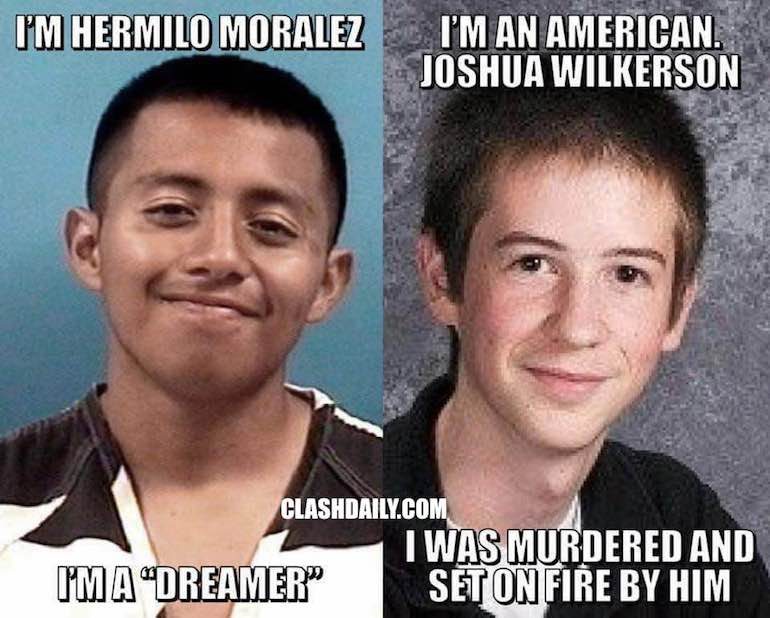 Hermilo Moralez, who was 19 at the time of the murder, is serving a life sentence after he admitted to the killing and was convicted in February 2013.

During his trial, Moralez testified that he beat Wilkerson to death at Moralez’ home after the two had an argument.

Following his arrest, Moralez was first declared unfit to stand trial and was placed in a state mental hospital for schizophrenia. He was declared competent in 2012.

Let me be clear: This isn’t to say that every person that crosses the border illegally is going to be a vile murderer like Hermilo Moralez.

But isn’t one Hermilo Moralez enough?

Yet, the Dems are running ‘Open Borders’ candidates.

That is their plan to #ResistTrump?

Do You Think The Democrats Pushing A Pro-Dreamer, Anti-Ice Agenda Is A Good Idea?