The dumb creep thought a young girl would make for easy prey. He was wrong.

His attempt to kidnap them did NOT go as he thought it might. These girls may young and petite, but they sure know how to fight back when it counts.

Because it absolutely does. Just ask Allison Eikhoff, she’s learned that first hand.

Some shmuck tried to make off with a young girl. Her friends rushed to the rescue.

The suspect, later identified as Bruce Hipkins, approached the girls as they were walking home from a local festival Friday night, The Washington Post reported.

As he grabbed one of the girls — identified by The Post as Allison Eickhoff, 11 — he told her she was “coming with him,” the police department said.

“[The man] grabbed my face, and he swooped me up and said, ‘You’re coming with me,’ and I was really scared at that point,” Allison recalled to The Post.

But the young girl was saved thanks to her 13-year-old sister and their two friends, who “kicked, hit, and threw their hot coffee on him,” the Millington Police Department said.

This fiery little lass chucked a coffee at her attacker’s face (the coffee was all over his shirt in the mugshot) and let fly with her fists and feet.

Somebody did a great job raising this girl and her friend to be warriors and not lambs led to slaughter.

Authorities then located and arrested the suspect. He is now being held on a $250,000 bond at the Tuscola County Jail, where he is facing four felonies and a misdemeanor, USA Today reported.

When asked how they knew how to fend off the suspect, Allison told The Post she and the other girls “watch a lot of ‘Law and Order’ and ‘Dateline’ and also my dad taught us some moves.”
Source: FoxNews 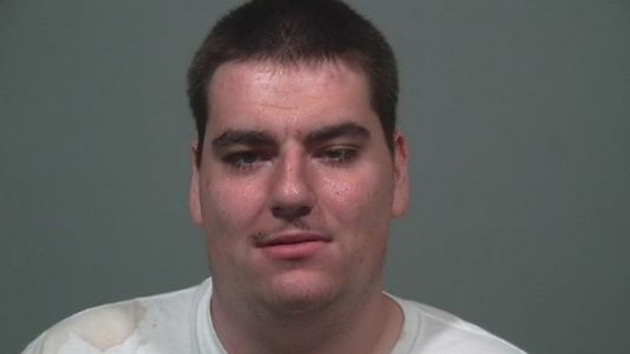 Notice the coffee stains on his shirt.

We’re guessing the fact that he got driven off by teenage and ‘tween’ girls will make him particularly popular in prison.