Remember when this chick used to be a ‘celebrated journalist’? Me neither, but supposedly she was, once.

That’s what the bio said, anyway.

I just remember her as another face from CNN’s endless parade of activist journalists.

Well, to nobody’s surprise, we’re finding that even RETIRED CNN personalities retain their ability to be catty.

Trending: Why Did The New York Times Bury THIS Detail In Their ‘Trump Taxes’ Hit Piece?

‘Celebrated Journalist’ and supporter of humanitarian causes Soledad O’Brien felt a sudden need to spew her bile at Melania Trump.

That’s not quite accurate, either.

She lashed out when someone else dared to compliment the First Lady on … her fashion choices.

when you coordinate your outfit to match your Stan Smiths.
(photos: Brendan Smialowski/AFP/Getty) pic.twitter.com/KCRio1Adn3

When you’re a birther, but the media—which has long failed to cover race and racism thoughtfully—comments on your outfit coordination. https://t.co/LNze2hT6Si

Oh no. Someone dared to compliment the First lady? How gauche.

She must be flogged at once.

Full credit to Kate Bennett for her gracious reply, when she would have been entirely justified to give Soledad a solid social media smackdown.

Is it because she hates the Trumps that much? Or is this just petty jealousy?

Would Soledad be able to ‘wow’ people in a similar outfit the way Melania can? 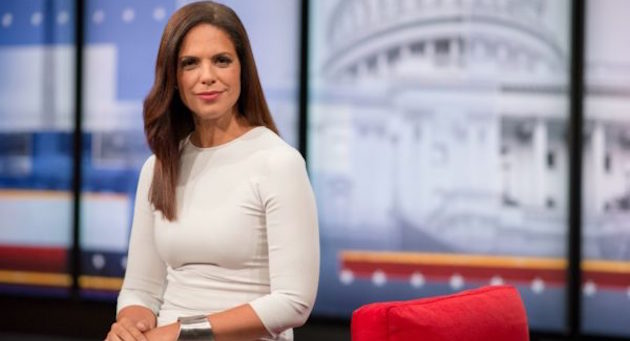 Is this why she got so rabidly upset about a fashion complement?

Melania is elegance personified, and Trump is a force to be reckoned with.

This new painting captures both the First Lady’s sophistication and The President’s swagger.

The fact that they’re both locked and loaded is a nice touch.

Admit it. You love it.

If you were hoping to snag the original, you’re outta luck. It’s already been sold.

But the good news is, there’s still a way to grab a copy for yourself.

You can get a limited edition 8.5” x 11” print in the ClashDaily Store.

David Hogg Issues Apology For Condemning Violence Carried Out By Non-White People: ‘It’s Not My Place’
September 29th, 2020 The Lid