Behold! Your tax dollars at work. Gee, are still asking why we are so divided as a nation?

Maybe it has something to morons celebrating the mass deaths of white people. On a Pinterest page!

Try reframing that with ANY other racial group, or religious group, or, say, women or gays. (And yes, one LGBT version of Romeo and Juliet portrays a world 50 years after the extinction of so-called ‘cis-gender’ males. Meaning, men who think they’re men.

The intersectional special interest groups have long since stopped dreaming of mear equality, and have moved forward to domination and punishment.

Put any group other than White in this context, and you’ll come off sounding like Hitler.

Keep that in mind as we find out just what the ideas this woman has about white people really look like:

“We anti-whites are coming for you,” Lindsay Ellis Tweeted in 2017. “We know where you live.”

She then replied to her own tweet, saying that she gets “really excited about white genocide.”

“It’s going to be the best genocide ever,” according to Ellis. “I made a pinterest board for it.”

She’s so edgy and funny, right?

The blue-checkmark-endorsed @lindsayellis has scrubbed her posts. But not before they were screen-capped. 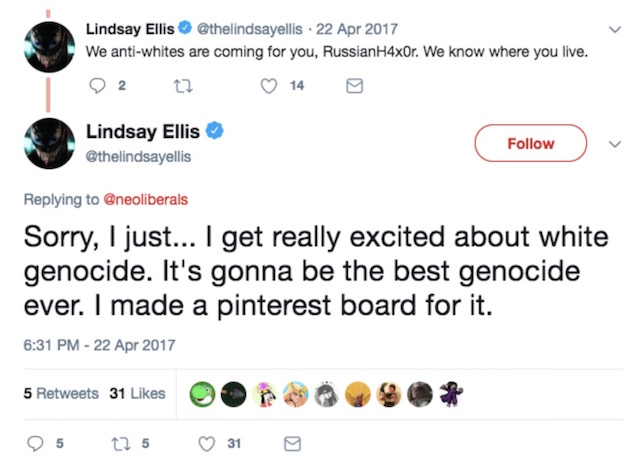 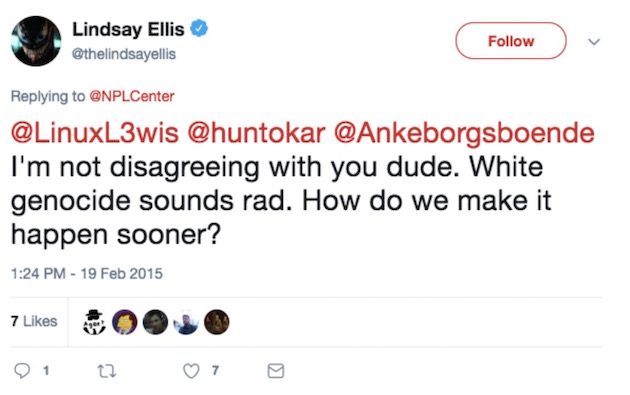 If you want to know what genocide looks like, think Rwanda, Maoist China, or the Killing Fields in Cambodia. Think Armenia, Stalin’s starvation of the Ukraine, and of course that German leader with the funny mustache.

Think of the blood, the horror. The piles of skulls. Like these ones. 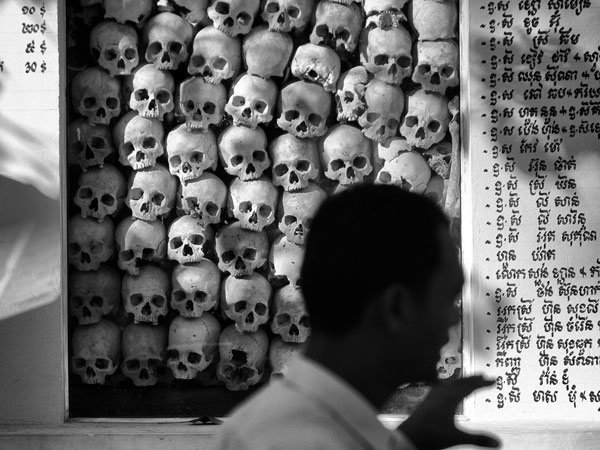 If she REALLY means what she’s saying, then what would her real heroes look like?

Ted Bundy. Because his victims were white.

Nicholas Cruz. Because his victims were mostly white.

The Pulse Nightclub killer? She’d have mixed feelings about that one. Because some of the people he mercilessly slaughtered were NOT white. Win some, lose some, I guess.

See where this goes.

If you actually believe the people you’re calling for the mass murder of are people, it isn’t even edgy, funny, or subversive to crack jokes about that. It’s just gross.

What difference, if any, is there between someone like this who jokes about murders by the thousands or millions, and one guy who pulls a trigger or plunges a knife on one person with a name and a face. 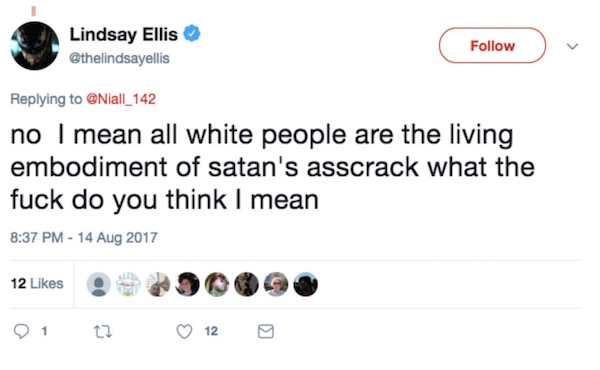 This, you will remember, is what a member of Twitter’s blue-check club looks like.

Feel free to ask @jack about why.