The left CLAIMS to love a ‘strong independent woman’… until the moment they get their own asses handed to them by one. Enjoy!

Jim Acosta finally put away his clown makeup and showboating tactics long enough to ask one question in a normal speaking voice. It didn’t last long. He couldn’t even let Sarah Sanders finish her answer before he was back to interrupting.

All pretense of the Media(D) holding any moral high ground quickly evaporated when the Press Secretary got rolling.

They are very interested in what they see as impropriety on the President’s part that steps on the toes of traditional ‘costal media elites’.

She reminded them that their OWN lack of professionalism has consequences as well. Serious ones. Watch:

Retweet if you are proud of her! pic.twitter.com/mOBI1rx34c

“Repeatedly, repeatedly the media resorts to personal attacks without any content other than to incite anger. The media has attacked me personally on a number of occasions, including your own network, said I should be harassed as a life sentence, I should be choked, ICE officials are not welcomed in their place of worship and personal information is shared on the internet. When I was hosted by the Correspondents’ Association, of which almost all of you are members of, you brought a comedienne up to attack my appearance and call me a traitor to my own gender. In fact, as far as I know, I’m the first Press Secretary in the history of the United States that’s required Secret Service protection. The media continues to ratchet up the verbal assault against the President and everyone in this administration, and certainly, we have a role to play, but the media has a role to play for the discourse of this country as well.”

His question was probably prompted by the Butt-hurt he was still feeling over being publicly humiliated at a Trump rally.

Here’s what Mr. Civility said after that.

I walked out of the end of that briefing because I am totally saddened by what just happened. Sarah Sanders was repeatedly given a chance to say the press is not the enemy and she wouldn't do it. Shameful.

What? Little Jimmy didn’t stay to hear the other important questions raised by his colleagues so he could accurately report their answers? One might almost suspect he was only there for the camera and the soundbite.

What a coincidence. That very same day, on his Twitter timeline, CNN’s Glory-boy posted a selfie.

No irony here at all.

Would a selfie suffice? See you next week. https://t.co/1IHED3n87Q

Here’s a reaction to his tweet about walking out early:

Dear Diary,
Today I demanded a woman say what I wanted her to say, and when she said something different and critical of me, I stormed out. https://t.co/B2uBTeEP3m

The woman who tweeted that is an ACTUAL investigative reporter, by the way. Someone who makes calls, and does research. Not someone who sits in the White House and Heckles the President for a living.

Oh sorry. We shouldn’t mock Little Jimmy, and his selfie, should we?

After all, he’s a true professional, folks. #NotAPublicityWhore

Stop laughing. He’s a professional, and he will be taken seriously, Dammit! 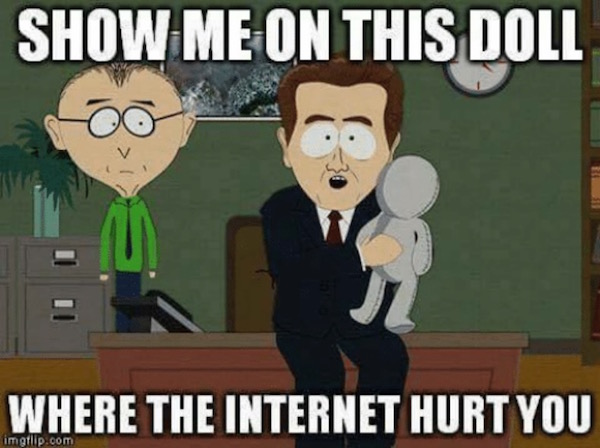