Have you ever wondered whether you need to change who you hang out with? Here’s a tip. If they’re anything like this, don’t just walk away… RUN!

It’s almost from a script. Who HASN’T heard their parents ask some variation of that well-worn reply to ‘all my FRIENDS ARE doing (x)’

“… well, if your friends all jumped off a bridge, would YOU?”

The obvious answer to that question is ‘no’.

But this is a new twist on that old question.

A sixteen-year-old girl (Jordan) was one of several teens standing on a bridge sixty feet above the water below. Someone had the bright idea to jump off that bridge into the water below. 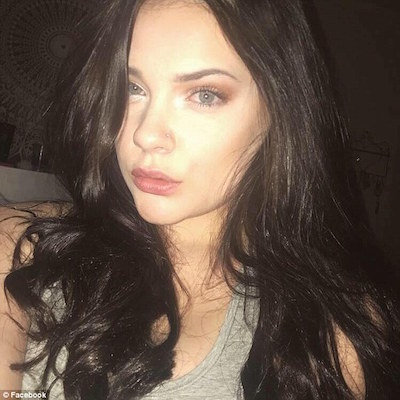 The short video clip shows her preparing to jump, but — not surprisingly — fear kicked in. The healthy kind of fear where your body tells you ‘that thing you’re about to do is really, REALLY dumb’.

That fear instinct never had a chance to save her.

That’s because while one ‘friend’ asked “Ready” while he was encouraging her to jump, another ‘friend’ gave her a shove. And down she went, ready or not.

She blacked out part-way down.

Some friend. Wonder if she was kind enough to visit the hospital, too?

‘No, I won’t go in,’ Jordan can be heard telling her friends as they try to pressure her to jump off the bridge.

She tells her friends ‘no’ a second time in the video, but the group still rallies to get her to leap.

Then, suddenly, one man asks ‘Ready?’ and a female friend is seen shoving Jordan off the bridge.

The teen fell 60 feet into the water below, landing with a horrifying thud as her friends gasped.

Jordan, speaking from her hospital bed, revealed that Tuesday was her first time on the bridge.

‘In midair, I think I might have blacked out,’ she told KGW8. ‘But I was aware and awake when I hit the water.’

What happened to her? 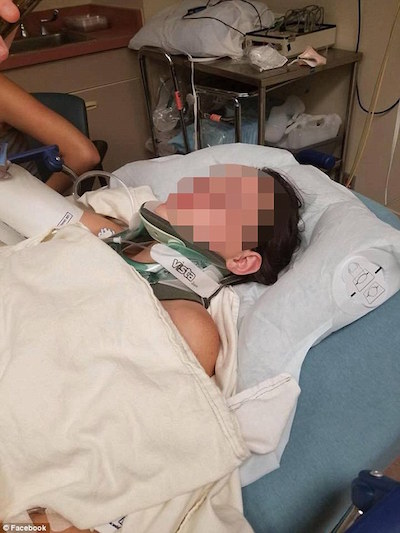 Air bubbles in her chest.

Oh. And a punctured lung.

Maybe it’s time get yourself a new BFF, Jordan. Before this one kills you.