If you’re packing for a trip to a certain Island Paradise, you might have to leave that Bikini at home.

We’ve already covered stories about bikinis get one particular group ‘hot and bothered’.

There was the Instagram girl who was told she would go to hell over this bikini photo.

Then there was a big outrage session over this photo hitting social media. Insulting, they called it. (They may want to get their eyes tested.) 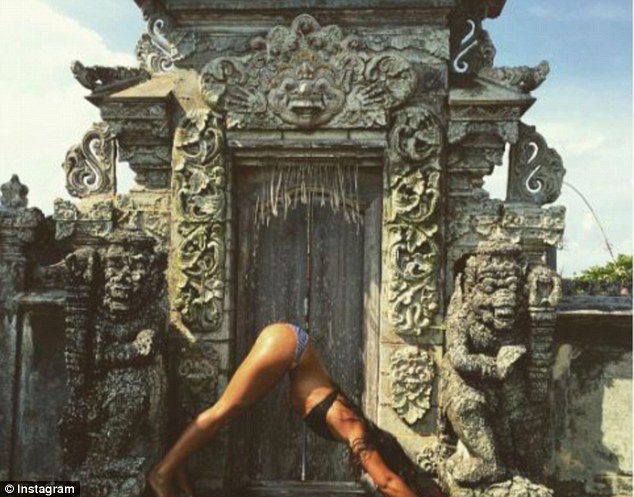 How ‘dare’ she offend a holy shrine like that? And there was another issue about some guy sitting on a Hindu shrine.

News flash: people do insensitive stuff all the time. And much of that insensitivity has to do with one culture being entirely ignorant of another culture’s expectations.

That doesn’t mean you really need to go full draconian about it. One artist got creative in how he could make people care about how flippant they were at a Berlin holocaust museum, for example:

THAT’s how it’s done. Not only do you get your message out, but you actually change the minds of people who never ‘got it’ in the first place.

Of course, not everyone in the world errs on the side of freedom in handling people they disagree with. It’s far easier to have men with guns MAKE you care.

This is, after all, Obama’s beloved Indonesia, the country from where he scolded a newly-elected Trump despite their own sordid history of arresting and convicting a duly-elected Christian leader for the ‘crime’ of daring to publicly say it was ‘ok’ for Muslims to vote for a Christian candidate.

For some reason, the Religion of Peace™ favors the same enforcement model that threw Otto Warmbier into a North Korean prison camp for the last miserable year of his life.

Then again, are we really surprised that the same people who hate beer and bacon are now outlawing bikinis, too?

“Island paradise” or not, if they’ve banned the bikini, is taking a trip to their beaches still really worth it?

If they've banned the bikini, is taking a trip to their beaches really worth it?