With this arrest, America breathes a collective sigh of relief.

Cesar Altieri Sayoc has been arrested in connection with the suspicious packages that were sent across to various liberal personalities and CNN. Sayoc was named as the suspect by NY1’s Myles Miller. Sayoc is 54 years old and is a resident of Aventura, Florida.

It was that CNN’s reporter, Shimon Prokupecz, who first tweeted that a suspect had been taken into custody. The arrest took place in Plantation, Florida, on the morning of October 26. Plantation is a suburb of Fort Lauderdale, located a few miles west of the city. Multiple sources reported that Sayoc’s arrest took place outside of an auto parts store close to State Road 7 and Southwest 6th Street in the area.
Source: Heavy 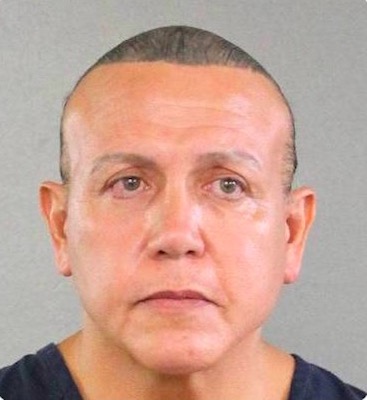 And here’s his van that will be the talk of the town before the midterms: 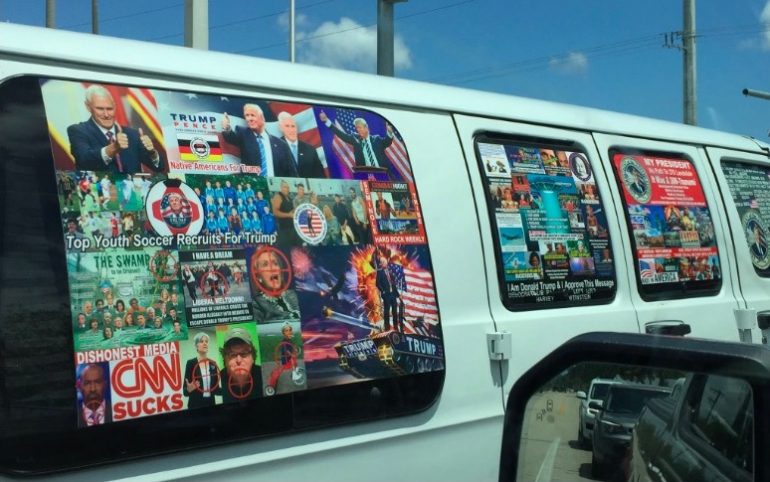 You know where the Media (D) is gonna go with this, right?

Not ‘lone crazy person’ but representative of all Trump supporters. Just watch.

Remember that time everybody correctly avoided blaming Bernie Sanders for one of his supporters shooting up a bunch of Congresspeople? Because that's not going to happen today with crazy bomber guy.

The initial Reuters report was short and sweet:

This arrest has been confirmed by Justice spokesperson, Sarah Isgur Flores. A press conference with Sessions will follow this afternoon.

Justice Department spokeswoman confirming arrest is Sarah Isgur Flores. So far, a total of 12 apparent pipe bombs have been sent to prominent critics of U.S. President Donald Trump, who has complained that 'this "Bomb" stuff' is hurting Republican momentum before the midterms. pic.twitter.com/cm630AsnLQ

This Floridian arrest is consistent with the reporting we had been hearing about authorities turning their attention to Florida.

Friday’s developments come as authorities narrow their focus and initial search for a suspect to south Florida; the FBI said Thursday they think the regional post office processing center is where the pipe bombs first passed through, meaning some if not all of the bombs were mailed from that area to top Democrats and others in New York, Washington, Delaware and Los Angeles.
NBCNY

According to Rick Leventhal, the suspect is a former New Yorker, white male in his fifties with priors for making terroristic threats.

Others have reported he has a history of writing to judges and getting offended.

The suspect was arrested Plantation Florida.

He was living in Aventura Florida, which is on the South Florida coast between Miami and Fort Lauderdale.

The cameras in a specific self-serve kiosk may have been critical in cracking this case.