Finder’s Keepers, or nah? What would you do, if it were you?

The rules for storage lockers are pretty straightforward — pay the storage fees, or forfeit the contents to somebody else.

That ‘somebody else’ it goes to will be the top bidder in an auction of the contents.

If you’ve seen any of those ‘Storage Wars’ type shows on TV, you are already familiar with the concept. It’s a gamble. You buy the contents blindly, without stepping inside, only judging from the open door what you think the stuff inside might be worth.

Sometimes it’s nothing but junk. Sometimes you get a big score. Usually it’s somewhere in-between.

That’s the process an unnamed bidder went through at a ‘Cars, Stars and Rock ‘N Roll’ Charity auction when he bid five hundred bucks on a safe.

Normally, a safe’s got nothing much in it.

But hey, nothing ventured, nothing gained. So, he took a chance and found someone willing and able to crack it open for him.

What did he find inside but $7.5 Million!

I don’t care WHO you are, that’s a pretty good ROI.

This unit sells for 500 bucks, buyer finds 7.5 million cash, attorney reaches out on behalf of the previous owner & nicely offers 1.2 million dollars back in return for all money back. What would you do?New #StorageWars #aetv Nov 7th 10/9c #Dontforgettopaythelady Nationwide #SelfStorage #Auctions StorageAuctions.net AmericanAuctioneers.com

Posted by Dan And Laura Dotson on Monday, November 5, 2018

Suddenly, lawyers for the previous owner came looking for it, offering $600,000 to return the rest. 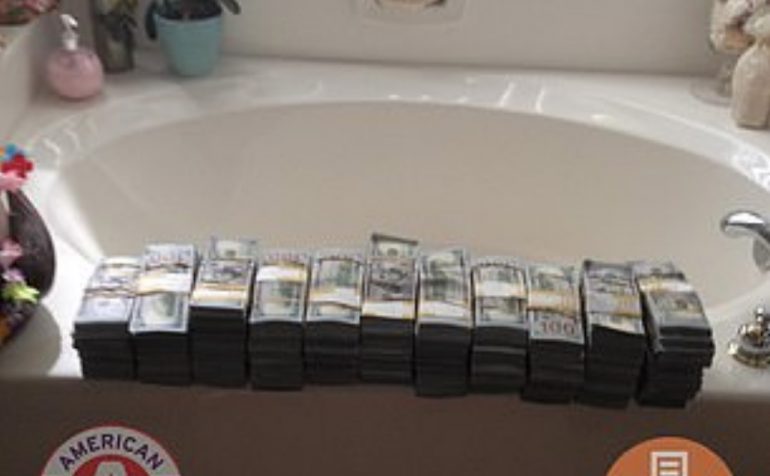 The second offer of $1.2 Million, on the other hand, was accepted.

The Storage Wars star did not disclose the identity of the lucky buyer of the unit or the woman who told him. He also didn’t say when or where it had been purchased.

There are many other intriguing details he did not reveal to fans online, such as why there was an apparently abandoned safe inside, who owned the storage space originally or where the money came from.

Sure, like why did that storage unit lapse in the first place?

Was this a mistake made while trying to hide money in a divorce settlement? Was a jilted lover sabotaging their ex by letting their money get claimed by a stranger?

It’s hard to imagine letting that kind of cash go forfeit by someone who had any right to the money.

What scenarios can you imagine were behind this?