Berkeley kicked off a free speech movement, but one Triggered Prof would prefer the students were seen and not heard.

He’s got his knickers in a twist because he noticed something awkward about the student evaluations of the teachers. They tend to favor the ‘Wrong’ kind of teachers.

Oh, they would never say it in such naked terms. This is Left-wing Academia, after all. They have far more polite ways to slander their student body.

Here is the argument a white male prof in Berkeley put forward.

Do you buy it? Or is this yet another heaping helping of Progressive psychobabble and liberal white guilt?

This is, after all, the same school that lost its collective mind when Ann Coulter or Ben Shapiro tried to speak there, to say nothing of what they did when Milo showed up.

It’s the same school that had one mask-clad Professor beating a stranger in the head with a bike lock as an act of ‘anti-fascism’. They seem like they’re at least a bubble off level. 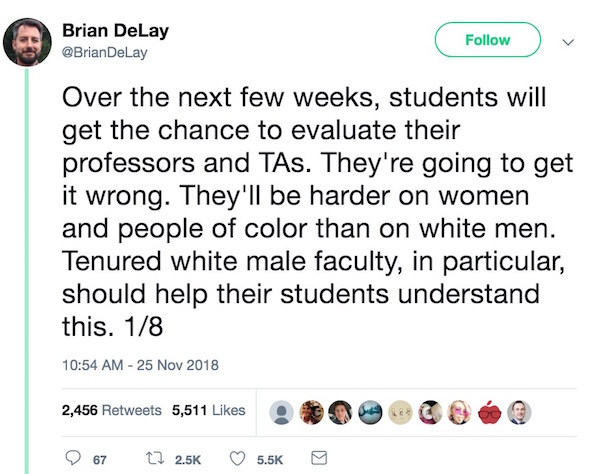 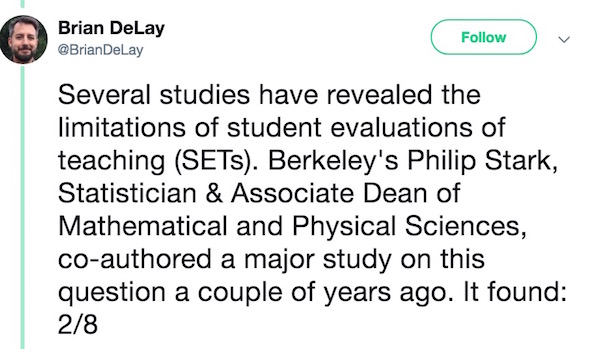 Oh, ok. It’s a BERKELEY Study. Gotcha. They’ve got a great track record of being completely impartial and unbiased on all matters of race and intersectionality, right? 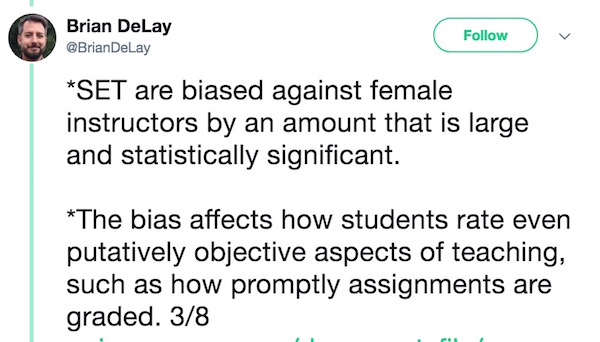 ‘So many factors.’ Interesting observation. If it’s so many factors, that raises a question: How can we *certain* that these results prove that some sort of ‘racial bias’ is to blame? 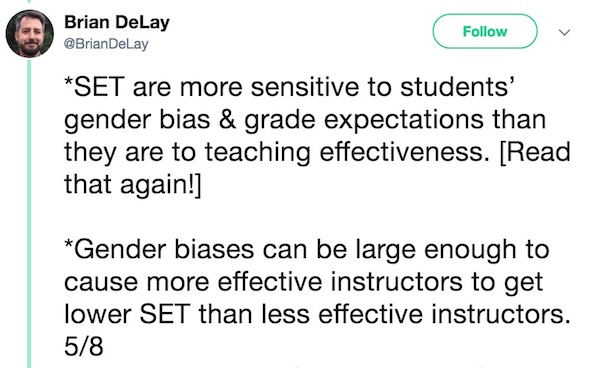 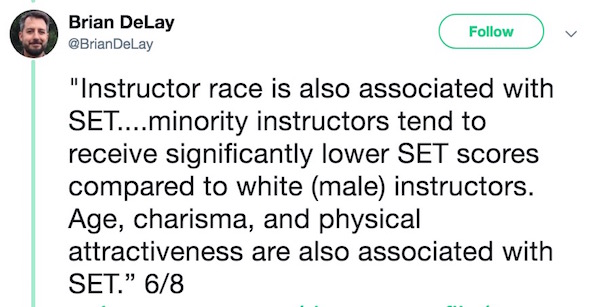 Does this adjust for meaningful differences like unprofessional teachers with an intersectional cultural/political ax to grind in or perhaps a difficult-to-understand foreign accent? 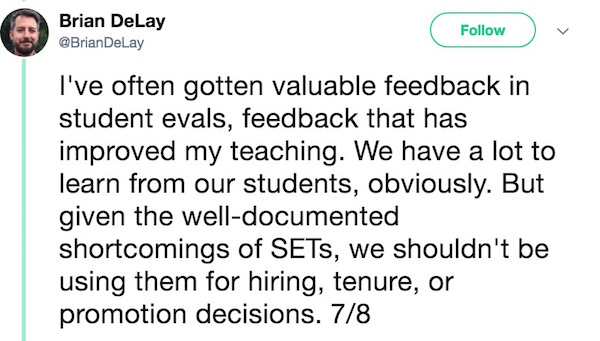 Show me any workplace where attractiveness and charisma do NOT impact how you’re perceived by others. Even Height gives an advantage, even though it has NOTHING to do with skills. Can he prove that these same intangibles don’t impact managerial assessments? Charisma and attractiveness don’t EVER factor into that? How about confidence? Or do you just want to do away with student evaluations? 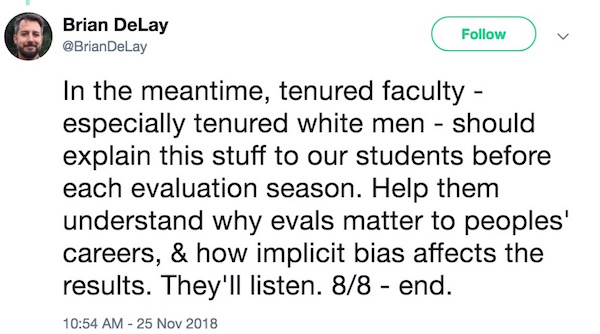 It almost seems like he’s calling the students racist, doesn’t it?

It also seems like the voices of the students who are actually sitting through these classes shouldn’t account for anything.

Because, what? There was some kind of so-called inequality in the rating of the teachers?

Is that the problem? Or do they just not want to be held accountable for their ability to engage with their students or teach effectively?

It’s hard to tell in Berkeley where everything and anything that goes wrong will somehow get pinned on “racism” or the “patriarchy”.

How about they turn their attention to the “undiscovered racism” of the teaching and administrative staff at Berkeley who are so hellbent in putting people into their little racial boxes, and treat all the students as simply individuals? Is THAT a possibility, or is E Pluribus Unum dead at the Berkeley campus?

Why does he want these student responses done away with?