In their defense, Liberal Chicks didn’t make any secret about their being ‘nasty’, did they?

The people who gave us the vagina hat march (sometimes in an awkwardly anatomically-accurate costume, instead of just the knit cap), and printed shirts bragging about being a ‘nasty woman’ before proving it by getting together in groups and exposing their naughty bits in a fit of political pique are at it again.

They are blazing a trail and trying something nobody’s ever done before — using the female form to get attention for an idea.

Ten women took part in the series called ‘Grab Them By The Ballot’ hoping the powerful images will encourage people to cast their ballot on November 6.

Dawn Robertson, 48, decided to organize the photo shoot with a cast of diverse women of different sizes, sexual orientations and races after #MeToo allegations against prominent figures continued to rise.

The Harvard Law graduate found her models, including a transgender woman, a Latina, an abduction survivor and one who is pregnant on social media and the street. 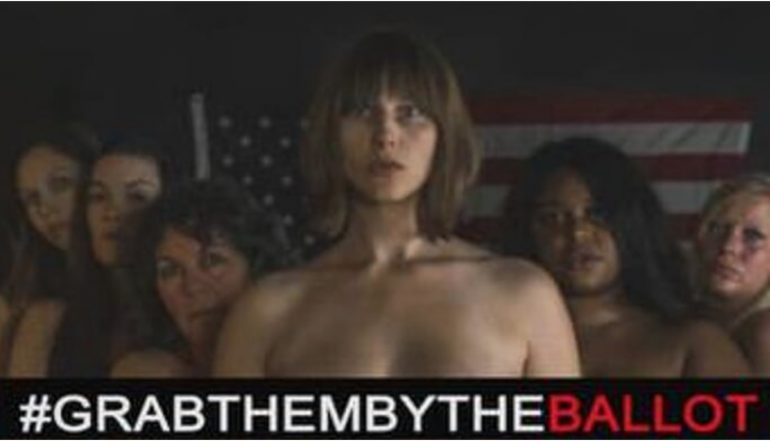 Here’s another one from the series: 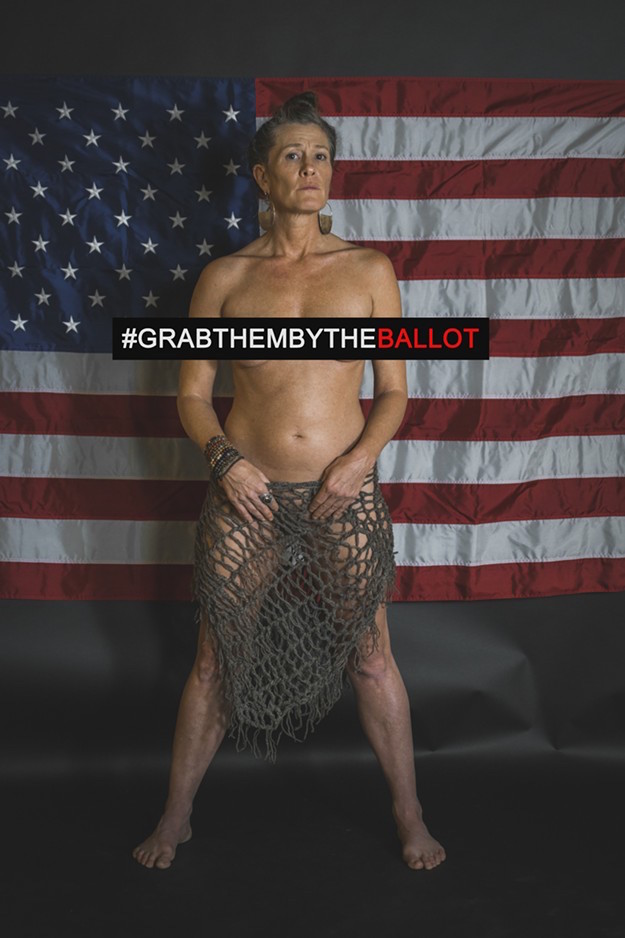 Do they know that this thing called the internet with no shortage of pictures of women’s naughty bits?

They may think this is novel and noteworthy. But here’s a news flash, ladies. Be ‘edgy’ and flaunt yourselves however much you want, you are still facing one harsh reality.

If you think that some chick’s artfully-concealed nipple is going to change the outcome of a single race, then I’ve got a tip for some ocean front property in Albuquerque with your name on it.