One Loudmouth Democrat Presidential hopeful tried to argue against the Second Amendment… in the worst possible way.

More and more, we are seeing Democrats making arguments about all the ways that the right to keep and bear arms actually NEEDS to be infringed… for the public good, of course.

But seldom are the arguments they make against gun rights as colossally STUPID as the case Rep Swalwell (D-Calif) tried to make.

It was pointed out that Swalwell was calling for the forcible confiscation of firearms, a plan that would quite likely spark a violent backlash against government overreach.

That would have been a good time for Swalwell to put down his phone and give some thought to the argument he just heard, and what it could mean for civilian lives. But, in the fine tradition of jackboot authoritarians, he charged right ahead and said it.

She’s not lying. We should ban assault weapons by buying them back or restricting them to ranges/clubs. #EnoughIsEnough https://t.co/XbRpOvXlF3

After conservatives criticized Swalwell for calling for the forcible confiscation of assault weapons, Swalwell responded by upping the ante. 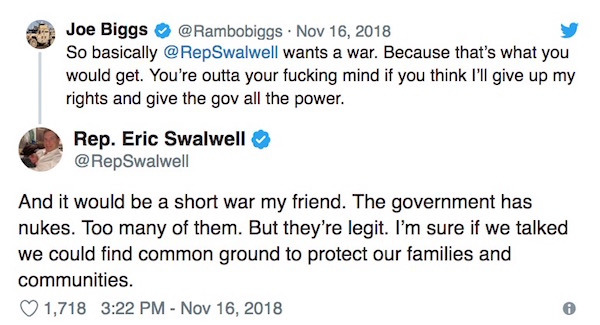 And then the Colonel showed up to the party. Not just ANY Colonel, either. This guy literally ‘wrote the book’ on the Nuclear option. 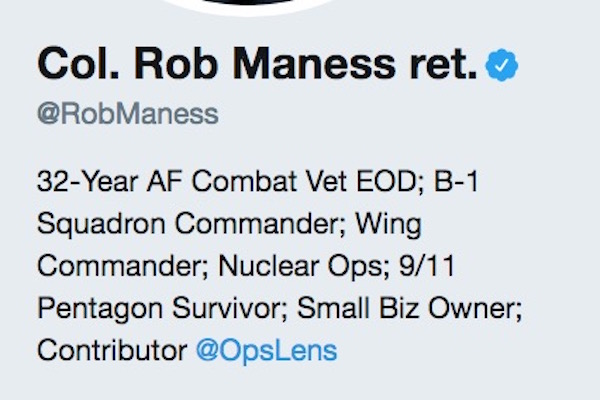 He’s the real deal. And s

ince we’re on the subject of ‘nukes’… 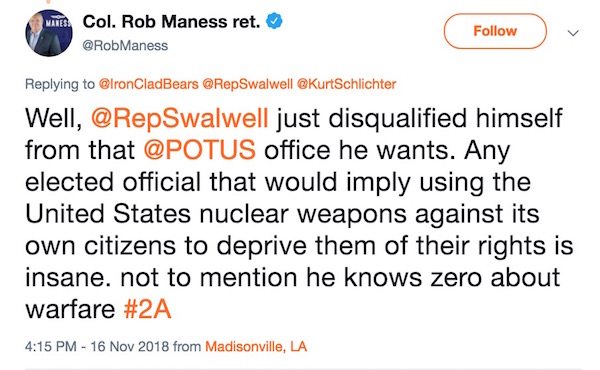 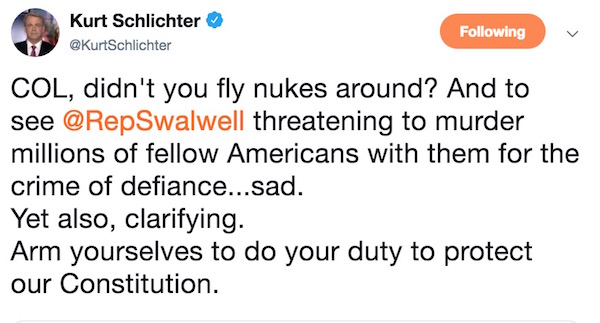 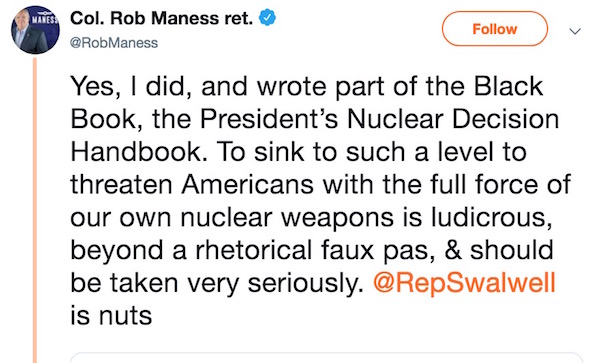 But the tweet was ‘sarcastic’. That’s usually the next move, right? 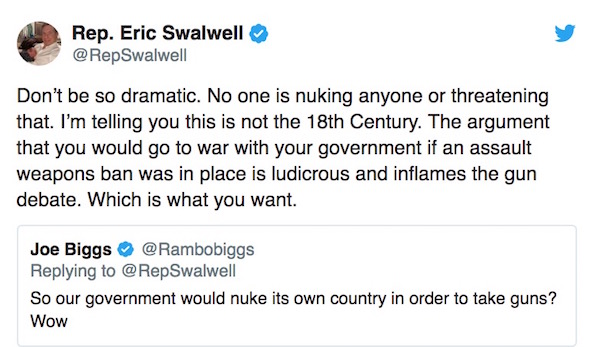 He was ready for that backpedaling move, too. 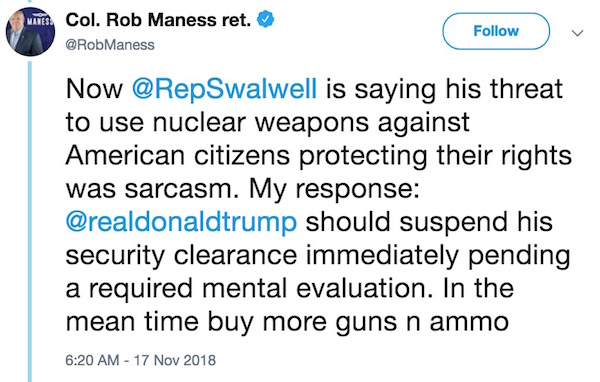 And the mic drop moment… 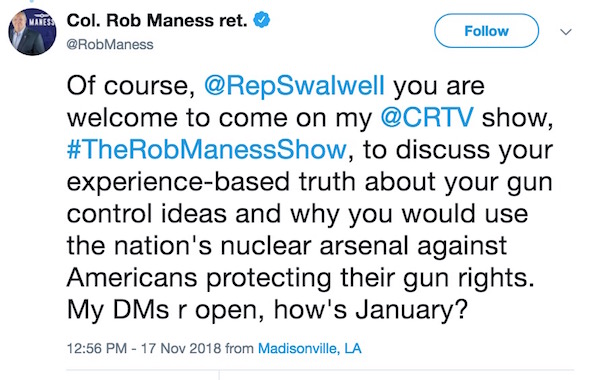 I wouldn’t hold my breath waiting to hear back from this Democrat pantywaist. He’s only going to go to friendly media that hate gun ownership as much as he does.