What’s the problem with the Left’s perpetual outrage machine? Once it gets running, it’s hard to turn it off again.

And there’s no telling WHO it will chew up and spit out.

But don’t assume the activists have learned their lesson yet.

Kevin Hart was the latest example. Once the relatively neutral comedian was nominated to host the Oscars, the Buckle-Shoed Gaystapo Inquisition started looking through his social media for evidence of thought crimes.

They found some ‘heretical’ tweets from a gazillion years ago and demanded his head on a plate. Most likely, it was a hatchet job motivated by someone envious of his hard work and success.

If you want to know how that played out, we covered it here:
2019 Oscar Host Kevin Hart Refuses To Apologize For ‘Homophobic’ Tweets – The Left Goes BONKERS

But rather than just roll over and take their activist nonsense, Nick Cannon did a little digging of his own to show the world the rank hypocrisy inherent in ‘The Academy’.

Interesting???? I wonder if there was any backlash here… https://t.co/0TlNvgYeIj

Interesting???? I wonder if there was any backlash here… https://t.co/0TlNvgYeIj

Chelsea Handler and Sarah Silvermen, eh? These two (alleged) comics have been busted using exactly the same kind of ‘salty’ language that got Kevin Hart S**t-canned.

Will the “(im)Puritans” be launching another Spanish Inquisition in response to THEIR ‘outrageous’ tweets? 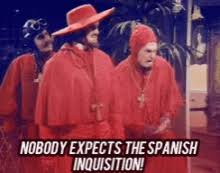 Nah, their fellow Hollywood types are already mounting a defense for them.

Handler and Silverman get a ‘pass’ you see. They’ve proven they are ‘allies’.

Right. We’ve all heard that logic before haven’t we?

It worked out REALLY well when everyone in Hollywood ignored the open secret of the mistreatment of actresses and other women in his orbit because the offender was a BIG Hollywood hotshot… a Significant Democrat donor… and he backed all the right Feminist Causes. Who was that again? 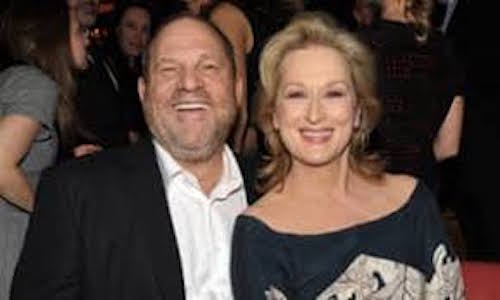 Right. The guy whose sins launched the MeToo era.

Fortunately, THAT Hollywood hypocrisy never came back to bite anyone in the ass… right?

Hey, Hollywood: how about you clean your own damn house before you go looking to demonize everyone else.

Or have you forgotten? You need us a lot more than we need you.

Democrat Congressman Says, ‘The Border Is Not Under Control’ And It’s A ‘Shell Game’ For Optics (Video)
May 7th, 2021 The Lid