We fought two World Wars so that Europe would NOT bow the knee to a totalitarian government… and then they unified.

Seeing how their new ‘benign’ overlords are running the place, what was the point of securing their freedom, exactly?

And now that England is trying to reverse their mistake, German Hillary is shaming them for it, as well as anyone else who hasn’t bought into the idea of kissing the ring of a super-state. Merkel made those statements at an Orwellian-named conference:

She told the event, titled ‘Parliamentarianism Between Globalisation and National Sovereignty’: “In this day nation states must today – should today, I say – be ready to give up sovereignty.

“But of course in an orderly procedure.”

Mrs Merkel said that countries who think “they can solve everything on their own” are simply nationalistic and not patriotic because they “only think about themselves.”

She said: “Either you are one of those who believe they can solve everything on their own and only have to think about themselves. That is nationalism in its purest form.

“This is not patriotism. Because patriotism is if you include others in the German interest and accept win-win situations.”
Source: Express

Of course, this statement was addressing the UN’s Open Borders policy that left much of Europe reeling and overwhelmed in the first place. 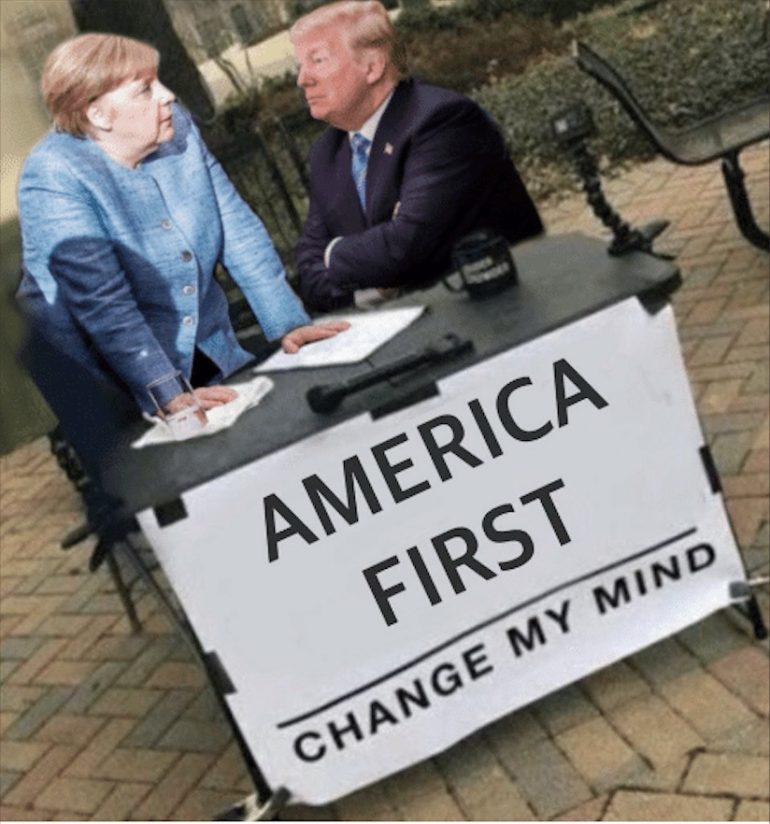 There is ZERO obligation of the people to advocate for the best interests of a third party ahead of their own. That’s not how elections work.

What’s the other problem with this scenario? Merkel wants the veneer of Parliamentary authority to endorse a tyranny that cannot be restrained by the very people that endorse it.

That’s a pretty ballsy position for a CHANCELLOR OF GERMANY TO TAKE don’t you think?