Perhaps the Oldest Living American, this veteran served in the 1887th Battalion in the Pacific, he is now laid to rest.

There is a biblical phrase for a life well lived, ‘Old and full of days’.

If that phrase ever described anyone, it describes Richard Overton.

He answered to call to military service just after Pearl Harbor; joining a the all-black 1887th Engineer Aviation Battalion in 1942, serving until ’45. He was in his thirties at the time.

He was a Texan through and through.

His favorite pastime was smoking his 12 daily cigars on his front porch, which friends dubbed his “stage.”

Yes, that DID say ’12 daily cigars’. When asked about the secret to his long life (he was 112 years young), he credited God, whiskey and his cigars.

Let's take a moment to thank and celebrate the life of Richard Overton the nation's oldest living veteran whose passed away this evening at age 112.
Thank you for your service, sir. pic.twitter.com/NxEs3k6EIJ

You just can’t beat this one. 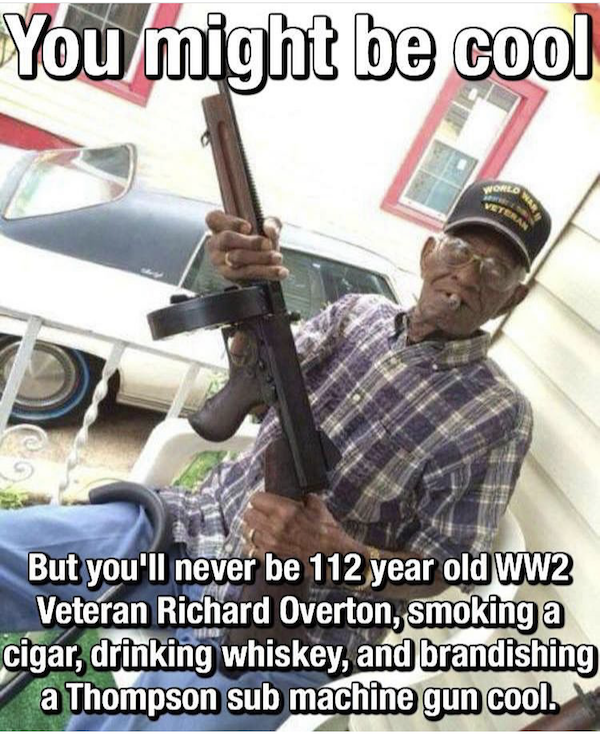 Thank you for your service, and may you rest in peace, good sir.