Some violent acts are more than a typical outburst of rage. They require cruel and calculated malevolence. Here’s an example.

If ever there was such a thing as a ‘hate crime’ this would be it.

Father Gandoulou, born in Congo and a graduate of Bonn University, was being considered as a future bishop in Congo. That was before his life was cut short in his office.

The suspected assailant was from Cameroon. Motive has not been indicated, but some news reports have speculated it was an assassination. That might account for the gruesome nature of his death.

He was beaten with a metal crucifix from the church. And then he had an umbrella shoved down his throat. 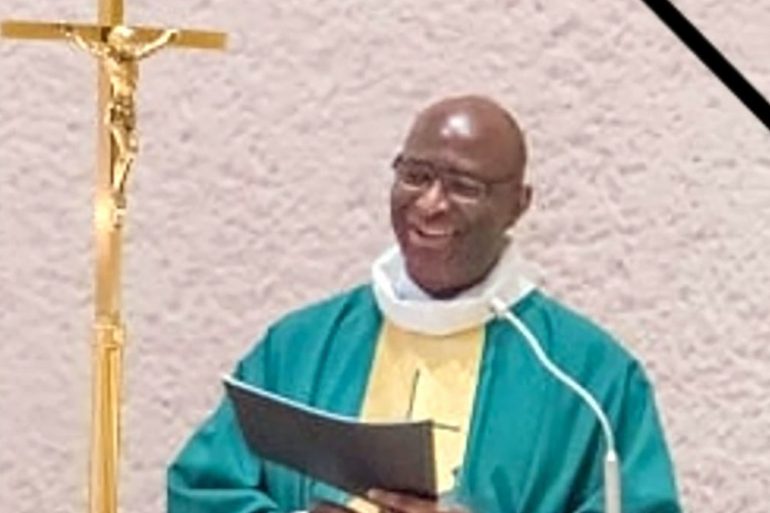 The investigation was continuing Sunday and a motive had not yet been established, according to a police spokeswoman quoted by the Protestant church news agency EPD.

Father Gandoulou had been beaten about the head with office objects and was then stabbed in the head, Germany’s tabloid newspaper Bild reported.
Source: DW

The problem with the mass migration has nothing to do with people of any particular color. The Priest, also from Africa, was obviously black.

The problem is, they are bringing their cultures, their troubles, and their private wars with them. And when they come in as a wave of humanity there’s no effective way of sifting out of those who mean to accept the laws and customs of their adopted homeland and those who will turn it to a little replica of whatever hell-hole they’ve supposedly fled from.

That this particularly obscene violence was done to a Christian leader does make you wonder about the real motive, doesn’t it?

Then again even questioning Immigration policy is being outlawed in some places.