Since so many people think comparing Trump to Hitler is Ok these days, let’s deal with this once and for all.

Trump, to hear the Left tell it, is ‘Literally Hitler’. From the time of his Inauguration, the Media(D) has been undermining his Presidency with the most disgusting hyperbolic statements. Comparisons have been made to Nazis, Hitler, and even Pearl Harbor.

The emotional response to his election was once compared by a Democratic candidate to her feelings after 9/11. Yep, that’s a perfectly rational reaction. For sure.

And now the same people that vacillate between calling our President the Puppet of former Soviet Vladimir Putin and ‘literally Hitler’ are taking issue with the hard stance he’s taking on the wall.

The Democrats are calling a wall on the US-Mexico border some combination of wasteful, useless and even ‘immoral’. They argue that a physical barrier is not a good deterrent to illegal crossings.

You’d think, with all that talk about Trump being ‘literally Hitler’ they might have heard about World War II. There were real Nazis in it and everything. One name is synonymous with France’s strategic defensive failure, even though the wall itself was not the weak link that led to the failure.

After the pounding France took in World War I, France set about building fortifications as a deterrent from Germany launching another attack across their border. They built what was — at the time — a State-of-the-art defensive fortification against a German invasion. The Maginot Line.

It was built to withstand attacks from the ground, and from the air. The defensive installments were connected by rail. They even had air conditioning.

That was their border with Germany. The plan was that they would arm their German border to the teeth, and deploy their main military forces to defend their remaining border.

They made the decision that the Ardennes Forests were impassible and that there was no need to protect that part of the border with their defensive structures.

How did Germany attack France?

They went through the part of their border that DIDN’T have a physical deterrent. 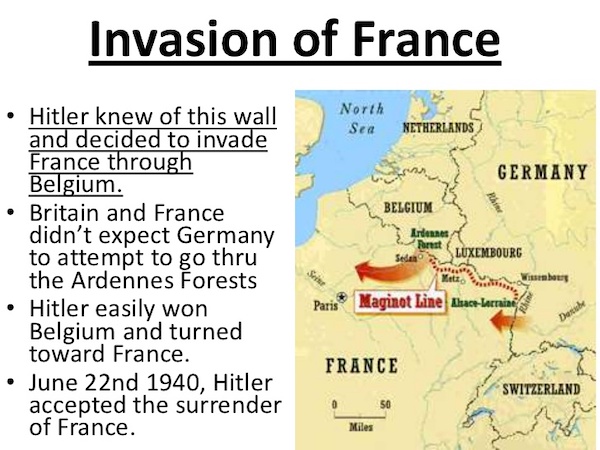 Germany’s Blitzkreig (‘flash war’) strategy was all about punching through the weak point in the defenses before any organized defense could be mounted against them.

What does that have to do with the Southern Border?

As Trump has explained to Pelosi and Schumer, those places where the Border Wall has been improved have seen a significant drop in illegal border crossings. That doesn’t mean illegal crossings have stopped. Not at all.

Some still try to go over or through — as we saw with border-jumpers (parents?) trying to pass young children over the barbed wire. But, as we saw in WWII, most people who want to violate national borders just find an easier place to cross.

This map shows where the physical barriers are. (And aren’t.) 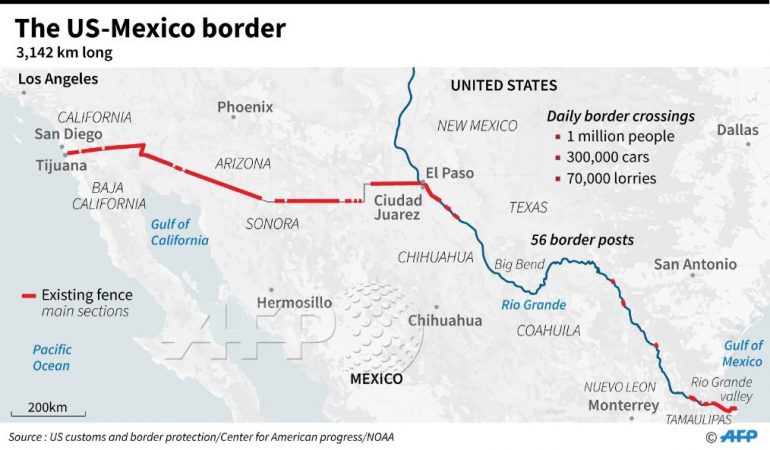 This one gives some indication about where the crossings have been happening. 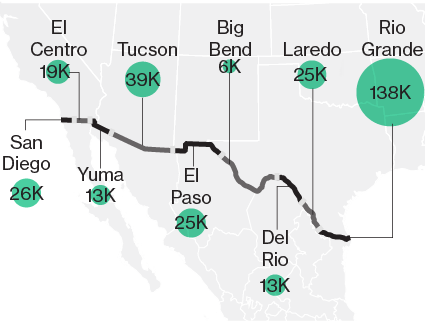 Does a comparison of those two images tell us anything?

*update*
Since some of the pro-open borders commenters seem to be having trouble keeping up, how about we connect the dots for them.

In other words — find the path of least resistance and exploit it. Which is both exactly what the border-jumpers have been doing, and the rationale for a wall.
*end update*