Welcome to 2019, where moral outrage over a racist costume drowns out his clinical discussion of infanticide.

You need not be a cynic to draw the connection between the two.

Virginia hit the national spotlight over their radical pro-abortion bill, which — when it was asked — included the option to ‘abort’ right up to the moment of birth, while the mother is dilating. (That bill did NOT pass.)

We covered that story, including Gov Northam’s defense of infanticide, in depth here:
DISGUSTING: Virginia Democrats’ Late-Term Abortion Bill And The Governor’s Defense Of Infanticide

His reptilian defense of infanticide was denounced as obscene — naturally. But the former Pediatric Neurosurgeon dismissed the criticism as unfair claiming he had ‘devoted my entire life to caring for children’.

Hold that thought. He’s been playing the same game with racial politics, too.

Remember, the Left trotted out a new set of rules for those in public life to live by. Your past is forever. Kavanaugh’s yearbooks nearly cost him his Supreme Court nomination. Kevin Hart isn’t hosting the Oscars.

Until they RENOUNCE these ‘rules’, the left needs to suffer under and abide by them, too.

So, what happened over the span of ONE DAY to flip the left and their media lapdogs from circling the wagons around the Governor to casting him into the utter darkness where there’s weeping and gnashing of teeth?

This photo happened. Yes, that’s his personal yearbook page circa 1984, which *checks notes* is even MORE RECENT than Kavanaugh’s yearbook: 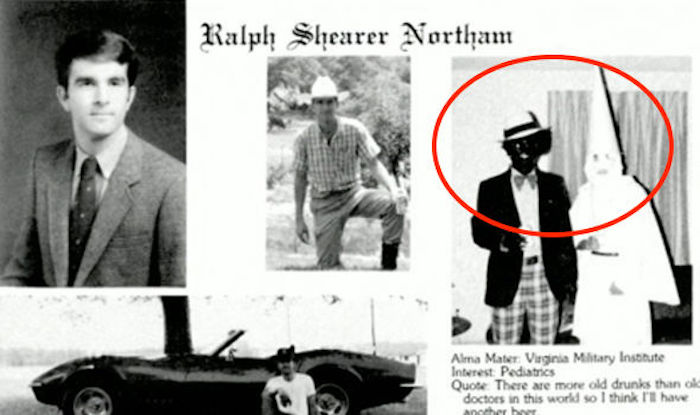 It gets worse. He had a nickname in school. It’s right there after ‘Goose’. 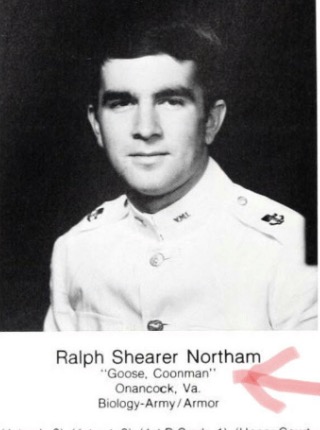 This story has been floating around for a while, but nobody touched it until now.

We deserve better than a president who won't condemn white supremacists. pic.twitter.com/RwnUGmSqhf

Deserve better..? Does he mean the President who was in a photo receiving an Ellis Island award alongside Rosa Parks? 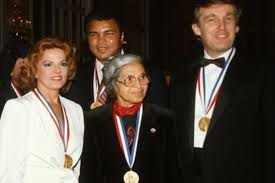 But Ralph ‘Coonman’ Northam is our man to protect us from the big bad ‘racist’ guy getting an award with Rosa Parks, right?

His people put out that horrible ad with the truck revving its engine while it chased down minority schoolchildren.

That didn’t age well, did it?

lol this is like seeing a fire truck on fire https://t.co/lVDVoFLrSb

It is, a little like seeing a fire truck on fire, isn’t it?

Kamala Harris is among the people demanding the Governor resign. Strange how this tweet suddenly disappered from her timeline. 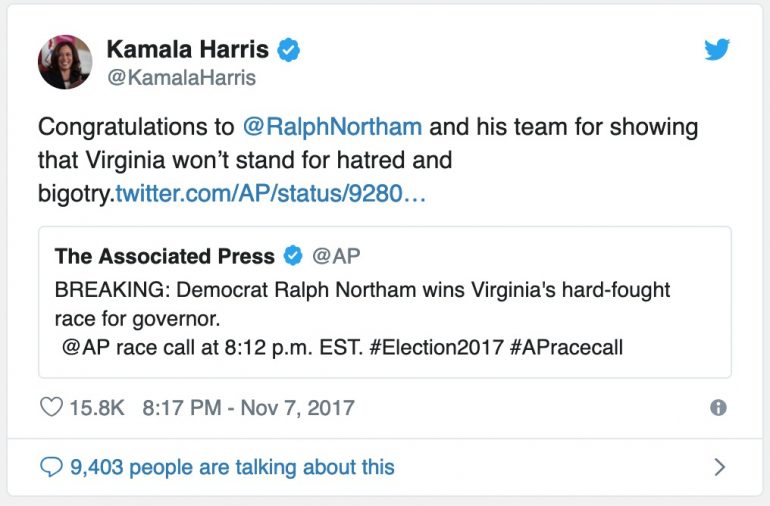 Maybe we should have known something was amiss…

Virginia Democrat Governor Ralph Northam refused to shake the hand of his black opponent E.W. Jackson during a 2013 debate for the lieutenant governor’s seat.

But only Republicans are allowed to be denounced as racist, so the Media(D) would never have touched that story.

In fact, CNN was so used to reflexively denouncing Republicans as racist, this happened:

Yearbook photos appear to show Virginia Gov. Ralph Northam posing in a blackface photo. It’s hard to tell whether he’s the one in blackface, or the one wearing a KKK outfit. Between this and his pro-infanticide push, Margaret Sanger would be proud. https://t.co/E8Ak5zvPR8

Infanticide AND racism? Does the Governor stand a chance at keeping his seat?

He seems to think so. He offered an apology (for the racism, not the infanticide) and has no indication of stepping down.

Looks like Northam's career as Governor has been terminated in the 55th week. #DennisMillerOption

In the end, he may not have much choice in the matter.

Really, Planned Parenthood? Sanger, your hero, was a Eugenicist. AND you gave this guy $3Million.

Ralph Northam appeared in a photo wearing a KKK hood/blackface.

Sit this one out, you pompous jackwagons. You threw a lot of money behind getting this guy into office. You’re just afraid that you’ll get stained with this guy’s bad reputation.

Justin Fairfax, who would replace Northam, is a former Planned Parenthood official who is even more radically pro-infanticide than Northam. There’s no downside for abortionists in calling for Northam’s head. They get all the baby-killing w/o the baggage. https://t.co/pCVSbxwcDM

NEWS: Northam is calling Va Dems and telling them that’s *not* him in the yearbook photo and he will make a statement this afternoon to say the same. In other words, he is NOT quitting as of right now.

So, let’s get this straight.

Yesterday, he was saying, mea culpa, yes that was me and I’m sorry for being a shmuck all those years ago.

My fellow Virginians, earlier today I released a statement apologizing for behavior in my past that falls far short of the standard you set for me when you elected me to be your governor. I believe you deserve to hear directly from me. pic.twitter.com/1rSw1oxfrX

And… in case that gets pulled down…

#BREAKING: @GovernorVA apologizes for racist page in yearbook in a written statement.

He fails to mention whether he was the one in black face or in the KKK robe. pic.twitter.com/MPr8BUCjZU

But now, the guy who was called ‘coonman’ at a previous school wants us to believe it was NOT him in the Blackface..?

JMart is correct. I can confirm this. Gov. Northam woke up this morning and started telling people he has no memory of the blackface-KKK photo and questions whether he was in either 'garb'. https://t.co/s2o7w2pdIF

What… was he the guy in the pointy hat? Has he dressed up that way so often that he just assumed it was him?

What the heck is going on?

Whatever it is, get your popcorn ready. There’s a lot more of this story yet to play out.