Smollet’s reportedly lawyered up. Probably has something to do with Nigerian brothers claiming they were paid to stage the attack, and that the even bought the rope themselves.

Two brothers who were questioned and released by Chicago police investigating the Jussie Smollett attack did play a role in the crime.

Sources say at least one of the brothers bought the rope used in the incident at Smollett’s request. The sources also say the “Empire” actor paid for the rope, which was purchased at the Crafty Beaver Hardware Store the weekend of Jan. 25.

The brothers were paid $3,500 before leaving for Nigeria and were promised an additional $500 upon their return.

They left for Nigeria later in the day on Jan. 29 after the attack.

The sources say plain red hats worn by the brothers were bought at an Uptown beauty supply store and that the attack was supposed to happen before Jan. 29.

…The brothers are now cooperating with police.

Since being released Friday night, the brothers have been staying in an undisclosed location.

“We can confirm that the information received from the individuals questioned by police earlier in the Empire case has in fact shifted the trajectory of the investigation. We’ve reached out to the Empire cast member’s attorney to request a follow-up interview.”
Source: CBSLocal

NEW: Sources say at least one of the brothers purchased the rope used in Jussie Smollett incident at Crafty Beaver hardware store the weekend of Jan 25th.

The too-convenient-Trump-and-his-supporters-are-evil-and-hate-minorites-and-gays-hate-crime was a fake?

Why didn’t the Conservative media bite on that story? Maybe it’s because we’ve heard this song before.

Guess How Many HOAX ‘Hate Crimes’ There Have Been In The Past Decade?

Don’t think that exhausts the list. Not even close.

Remember the one about ‘Trump’ supposedly hitting children with tear gas (not to mention a few other ‘iconic’ ones the media used to push a narrative?

Clash Poll: Was ‘That’ Border Photo Real Or A Hoax?

Right. When we said ‘receipts attached’ we weren’t kidding.

Here’s a receipt that you can expect to loom large in this conversation: 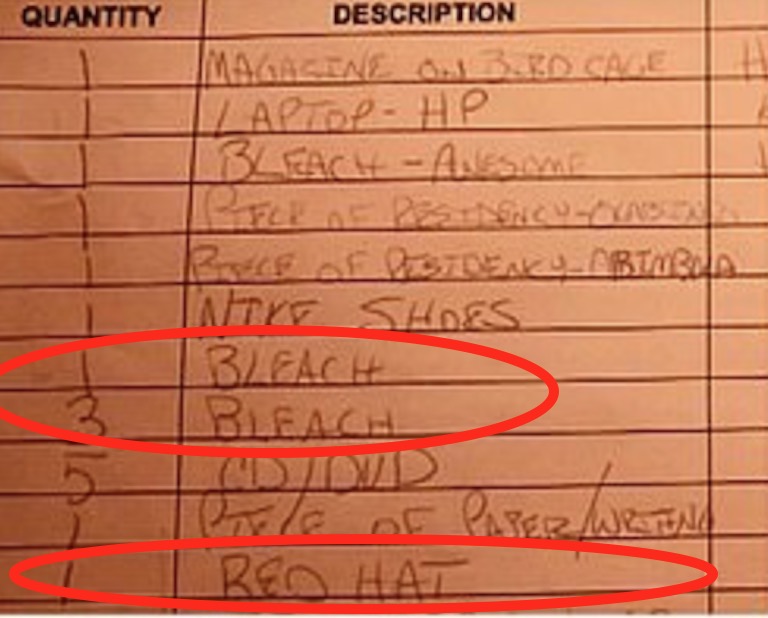 That’s a LOT of bleach, don’t you think? And look! There’s even a red hat on that receipt!

It could explain why this story broke on Thursday.

A famous CRIMINAL lawyer, you say?

Here is a compilation of their collective joygasm in being given a stick to beat Trump with:

The #FakeNewsMedia run with a story believing “Nigerian Scammers”.

‘Reporters’ like this guy wasted no time piling on.

People in MAGA hats recognized and then beat and poured bleach on Jussie Smollett, calling him that “faggot” from Empire.

Anyone who thinks supporting You Know Who isn’t tantamount to providing artillery for weaponized bigotry needs to take a hard look in the mirror.

It was used as an excuse to hammer Conservatives.

Over 15 million views on a video in which @EllenPage blames Mike Pence for the “attack” on Jussie Smollettpic.twitter.com/x3VOPuWrjS

It makes you wonder how many police were diverted from solving REAL crimes to solve this fabricated hate crime. In a city that had 17% of MURDER cases solved in 2017, can they really afford to have cops chasing after phantom crimes like this?

Even if the media doesn’t want to apologize to CONSERVATIVES,

If you are a lib stupid enough to believe Jussie Smollett’s hoax, and self-righteous enough to troll those who (like me) didn’t believe it from day one-

probably worth taking a beat to answer:

does your Leftist ideology blind you to obvious truth?

Or are you just a dumbass?

Anyone sense a theme?

Would you look at that!

A bogus attack set out to undermine Trump… and it fell apart.