The Media(D)’s rush to judgment is about to bite them in the backside. Check it out.

On January 18, 2019, a small group of black men from a known hate group, the Hebrew Israelites, a Native American man participating in the first Indigenous Peoples’ March, and a group of Catholic boys from Covington High School all met in front of the Lincoln Memorial. The Media(D) was quick to decide from a brief video clip who were the racists and who were being oppressed. They got the entire story wrong.

The lawyer for Covington High School Junior, Nick Sandmann, has released a video that details what really happened in front of the Lincoln Memorial on that day and how easy it was to debunk the narrative. The video also details the false allegations and slander that the teens have faced.

Nick Sandmann: The Truth in 15 Minutes

A mob rushed to judgment to wrongfully condemn, threaten & vilify Nick Sandmann based solely on an out-of-context video clip. It only takes 15 minutes to learn the truth. Here it is. https://t.co/QGglyZwiIa

The full video was posted to YouTube with the caption, ‘2 weeks ago, the mainstream media, politicians, church officials, commentators, & celebrities rushed to judgment to wrongfully condemn, threaten, disparage & vilify Nick Sandmann based solely on a few seconds of an out-of-context video clip. It only takes 15 minutes to learn the truth. Here it is.‘

The video shows that the Hebrew Israelites were in front of the Lincoln Memorial looking for an argument. They initially targeted the Indigenous groups there for the march, but after spouting their hate against them, they decided to turn their attention towards a growing group of boys who were waiting for their bus, many of whom were wearing MAGA hats.

After an hour of vile, hateful insults which included, ‘little dirty a** crackers’, ‘f***ots’, ‘incest babies’ and saying that they were ‘future school shooters’, one teen asked permission to drown out the nastiness with one of their school sports cheers. This drew the attention of Nathan Phillips, Indigenous activist and known liar. The video claims that the teens may have seen Phillips as an ally helping to drown out the verbal abuse by the Hebrew Israelites.

Phillips says that he saw the situation as a large group of angry white boys targeting a handful of black men. The footage taken that day shows that was clearly not the case and completely contradicts the narrative given by Phillips. It even shows that Nick Sandmann, the teen that has become the face of the entire event, as trying to stop a classmate from debating with one of the indigenous protesters in order to show respect for Mr. Phillips.

The original video was carefully edited to portray the Covington students in the worst possible light, and the Media(D) bought it hook, line, and sinker. Why? Because ‘Orange Man Bad’. 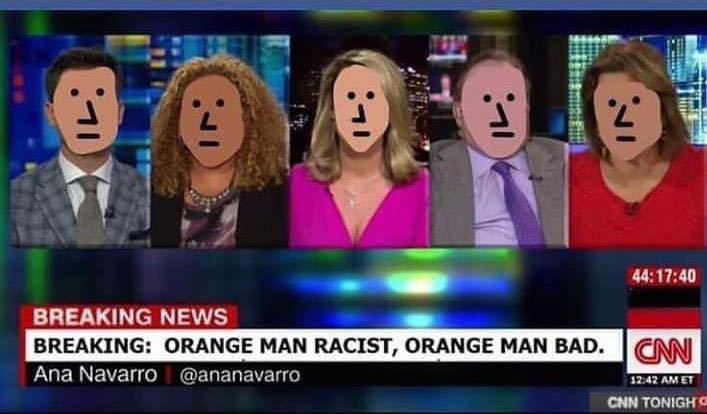 This video comes after letters have been sent to 54 individuals and groups as a possible defamation suit. ClashDaily covered that here.

These are the recipients of the letter: