How do you make an absolutist like AOC confused? Make her choose a favorite between Illegal Immigration and Gun Confiscation.

Like so many authoritarians, Alexandria Cortez wants to be loved AND feared. She shamelessly basks in the praise of her adoring fans (especially the presstitutes in the media). But what happens should someone disagree with her?

That’s when she has to make you afraid. She has power, and she’s not afraid to hurt you with it.

Such was the threat of putting some in her own party ‘on a list’ if they didn’t goosestep to the party line. 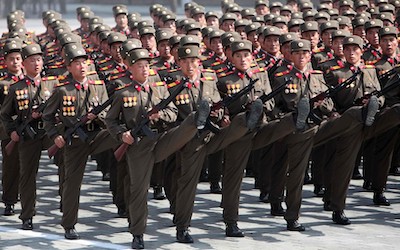 We covered her threats of punishment previously.
Occasional-Cortex Threatens Dems Who Vote With Republicans – Here’s The Pyscho 411

Democratic New York Rep. Alexandria Ocasio-Cortez could not make up her mind over how to vote on the Bipartisan Background Checks bill, which included an amendment that would notify ICE if an illegal alien attempts to purchase a firearm, Republican North Carolina Rep. Richard Hudson *told The Daily Caller on Thursday.

“I thought it was pretty amazing to watch the Democrats try to decide ‘Do we want to protect illegal immigrants or do we want to confiscate guns more?’ It was kind of funny,” Hudson said at the Conservative Political Action Conference.

Hudson continued, “You had Ocasio-Cortez, who actually voted yes then switched to no then switched back to present then switch back to yes. So watching them twist themselves in knots trying to decide what’s more important to them—protecting illegal immigrants or confiscating guns was pretty funny.”
Source: DailyCaller

The next time a Democrat pretends to care about gun violence, remind them of this vote. Because not only are illegal aliens not allowed in the country, but they are DEFINITELY disqualified from owning guns.

Why are they less concerned about illegal aliens having ILLEGAL access to firearms than they are about citizens exercising their lawful rights?

If they’re purchasing a gun that’s a SECOND illegal act, and potentially a violent one. They will probably look elsewhere, and eventually find one.

How many Police officers at routine traffic stops in California (and elsewhere) have to be shot at before Democrats begin to care?

WATCH: Illegal Alien Shoots At Cop During Traffic Stop – That Was A MUY STUPIDO Idea

What do we learn about this?

1) Little Princess Alexandria obviously thinks SHE is free to vote her conscience (even changing the vote to every available option before finally deciding her vote), but will rain down hell on anyone else who dares to think for themselves, even threatening them with pulling support and primarying them.

How very totalitarian of her.

2) A decision between blocking ICE from being alerted when criminals illegally seek access to firearms and advancing the anti-2A agenda was a difficult and painful one for her.

3) They only care about gun violence If and When it can carry the ball down the field in the erosion of 2A rights.