Gee, who could POSSIBLY have foreseen a downside to sexualizing an environment for children..?

Everyone. Literally, everyone could have foreseen it if …

… if they weren’t afraid to stand up like the kid in the Emporer’s New Clothes story, that is.

When it was first announced, it was supposed to be ‘celebrated’ news that dudes dressed as parodies of femininity were telling stories to children in libraries.

The whole thing sent up SO many red flags for the rest of us, but the ‘woke’ lemmings have been conditioned to celebrate each new foray into rewriting cultural norms in the libertine left’s favor and embraced it.

There’s hardly any pushback anymore for fear of being labeled a ‘bigot’. That’s how powerful certain lobby groups have become lately.

And what happens when nobody is allowed to sound an alarm when things don’t look right? When you’ve conditioned people to be nervous and hesitant about acting on the much-touted ‘see something say something’ principle?

The San Bernardino slaughter could have been prevented by someone who saw disturbing signs, but they were afraid of the ruinous label ‘bigot’ and stayed silent.

A generation of young girls have been sexually assaulted in the UK by people who hide behind the immunity of their identity group and officials have been afraid to act for the same reason.

And when Tommy Robinson tried to REPORT ON THE TRIAL ITSELF, HE WAS ARRESTED for it.

What do any of these stories have to do with storytime in a Houston Public Library?

Children were put within reach of a dangerous criminal.

Friday, Houston Public Library released this statement:
We were made aware today that one participant for Drag Queen storytime who read at the September 29, 2018, Drag Queen Storytime has a criminal background that should have prevented him from participating in the program.

We assure you that this participant will not be involved in any future HPL programs.

In our review of our process and of this participant, we discovered that we failed to complete a background check as required by our own guidelines. We deeply regret this oversight and the concern this may cause our customers. We realize this is a serious matter.

Every program sponsored by HPL is supervised by HPL staff, and all children are accompanied by a parent and/or guardian. No participant is ever alone with children, and we have not received any complaints about any inappropriate behavior by participants at storytimes.
Source: ABC13

Do you suppose that criminal background involved Burglary? Drunk driving? Tax evasion? Nope. But you already knew the answer, instinctively, didn’t you?

Albert Alfonso Garza, 32, was last seen reading to children at the Montrose Library in September 2018.

ABC13 Eyewitness News has learned Garza was charged with child sex assault in 2008. According to records, his victim was a child under the age of 14 years old. [emphasis added]
Source: ABC13

Here’s one of the images that came up when his persona’s name was searched: 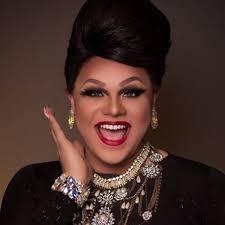 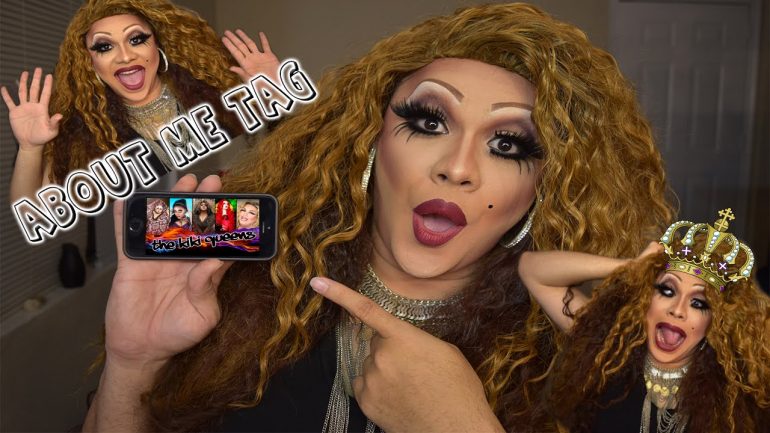 Like our Warriors and Wildmen Duo Doug & Rich did a couple of months before this incident happened: Dear Parents: Would You Allow Drag Queens To Read To Your Kiddies About Drag Queens?

And here: VIDEO: Drag Queen Confesses To ‘GROOMING Next Generation’ During His ‘Story Hours’

(He even said ‘GROOMING’, people! Flags don’t get much redder than that! And notice that guy was NOT even the same ‘reader’ that just got outed for hurting children!)

We even ran a compare-and-contrast piece looking at the historical similarities between ‘Drag’ and the now-universally denounced Minstrel Shows. Drag Queens: Feminine Appreciation Or Female ‘Minstrel Shows’?

This is exactly why the internet mobs, big tech censorship and the personal/professional destruction of people guilty of ‘wrongthink’ is a bad idea.

Free speech is PRECISELY intended to allow the unpopular opinion to have a voice in the public square because the only way to ‘speak truth to power’ (to borrow their own terminology) is to say the unpopular thing until it becomes truly heard.

What about the CHILDREN?

Saying the ‘wrong thing’ necessarily includes the ‘unpopular thing’ that sexualizing the environment of children before they’re old enough to even CARE about the sexual dimension of human interaction is bad for the overall well-being of children.

Of course, when your priority is the pushing of an AGENDA, what do they really care about ‘the well-being of children’? They’re just pawns in a larger game.