There’s a REASON some people are now calling Barr ‘Honeybadger’. And this is it.

As the internet memes say… 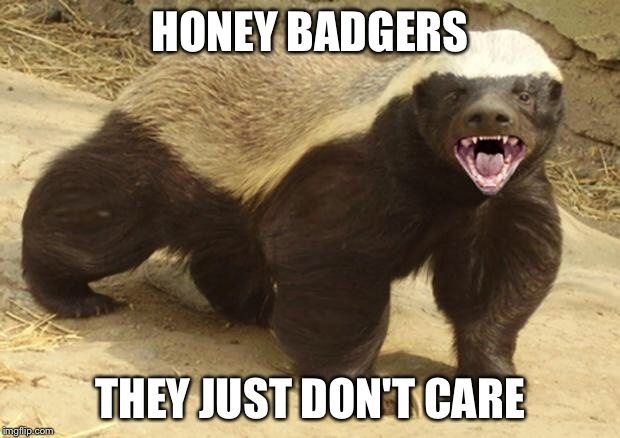 And now, in his speech to the American Law Institute, he’s putting Judicial Mischief against the President in its proper historical context.

When lower courts issue injunctions at a national level, he sees that as exceeding their Constitutional authority. And that’s not all…

For those unable to watch the whole thing, here’s an excerpt:

“Some say this proves that the Trump Administration is lawless. Not surprisingly, I disagree. And I would point out that the only case litigated on the merits in the Supreme Court—the so-called “travel ban” challenge—ended with President’s policy being upheld. But my aim today is not to debate the merits of any particular policy; it is to discuss the improper use of nationwide injunctions against policies of all stripes. Specifically, aside from the particular oddities of the DACA case, I want to highlight five ways in which nationwide injunctions are inconsistent with our American legal system.

“First, and most fundamentally, nationwide injunctions violate the Separation of Powers. Article III vests federal courts with “the judicial power” to decide ‘Cases’ or ‘Controversies.’ As the Supreme Court has instructed, that means concrete disputes among individual parties. In the words of Chief Justice Marshall in Marbury v. Madison, ‘the province of the Court is solely to decide on the rights of individuals, not to inquire how the Executive or Executive officers perform duties in which they have a discretion.’”
Source: WesternJournal