Once they saw the results coming in, they scrambled to take it down, they couldn’t delete this tweet fast enough!

How embarrassing for them.

The ‘notorious’ RBG (who, so far as we can tell is notorious mostly for her ability to nap in public) has been hailed as the ‘face of the Resistance’.

This is, admittedly, an idea that is difficult to square with the Roberts announcement that there are no ‘Obama judges’.

“We do not have Obama judges or Trump judges, Bush judges or Clinton judges. What we have is an extraordinary group of dedicated judges doing their level best to do equal right to those appearing before them. That independent judiciary is something we should be thankful for.” — CJ John Roberts

Democrats don’t buy it either, obviously, because some Democrats tweeted out a pretty straightforward question about whether they liked the idea of judges like RBG or Kavanaugh.

It did not go according to plan.

A Democratic Senatorial Campaign Committee Twitter poll asking what type of Supreme Court justices social media users would like to have on the bench apparently backfired when 71 percent of respondents selected “justices like Brett Kavanaugh” compared to just 29 percent who chose “justices like Ruth Bader Ginsburg.”

The poll, which is not scientific and open to anyone with a Twitter account, was posted on May 3 and stated it had two more days before it closed.

However, by Sunday afternoon, the tweet had vanished.
Source: Foxnews

Before they ‘whacked’ it, here’s how it looked:

3. The @dscc has deleted this tweet after the results didn’t end up in their favor. pic.twitter.com/hb7IDdLMDi 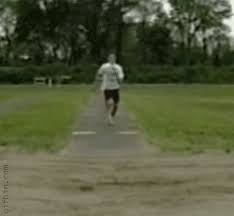 If this is any indication of what they’re doing for 2020, we’re all in for a lot of fun.