Inexplicably, Robert Francis still thinks he’s relevant in the Primaries and is desperate for attention. This is NOT a great way to go about it.

He misses the ‘good old days’ when he was the living personification of the Left’s contempt and hatred for all things Republican, and they poured money into ‘Beto’s’ campaign from all over America in the hope that they could flip the Great State of Texas.

But back then, he was the only high-profile Democrat on the menu. It was their bounce-back from their bitter failures in 2016, and more money came from OUTSIDE Texas than from inside of it.

But set against a backdrop of a dozen or two other dopes promising all sorts of free $#^! they have absolutely no hope of delivering on, the gringo with the fake Latino nickname really doesn’t have all that much to set himself apart.

To his great dismay, he’s not even the best Spanish-speaker of the lot!

He was pining for the ‘good old days’ when he was busy losing an election to Ted Cruz.

.@sethmeyers, noting the challenge of standing out in the crowded 2020 debates, asks @BetoORourke, “Do you ever miss how easy it was to be different from Ted Cruz?”

“Where is Ted Cruz when you need him?” O’Rourke quips.

Remember that expression about being careful what you ask for?

Beto may wish he had never said that out loud. Because as soon as he did, the world got a sharp reminder of what kind of a loser ‘Beto’ really is.

And THAT, ClashNation, is why you shouldn’t mess with a guy nicknamed ‘the Zodiac Killer.’ 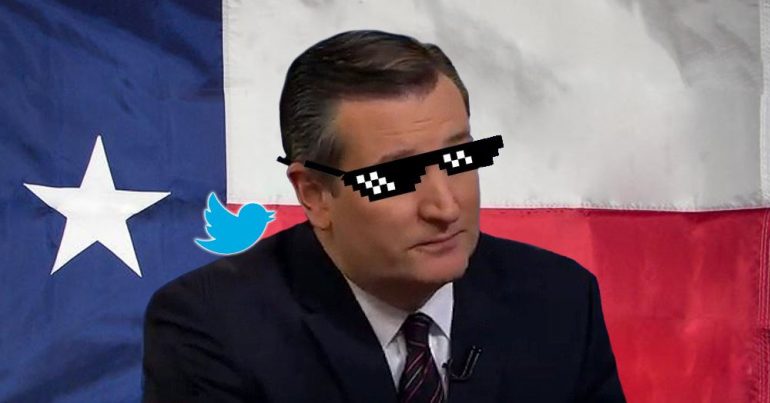 And if you thought THAT was a brutal takedown, wait until their eventual nominee heads into the General Election.

It’s gonna be a bloodbath.