Tech giants are tweaking Social Media — but of course, it’s really for our benefit.

Just last week Twitter began testing a new “feature” in Canada to allow users to take “control over conversations” by allowing users to hide replies to their tweets that they don’t like. This new “feature” is being tested right before the Canadian federal election that is coming in October, where a scandal-plagued Justin Trudeau is facing an uphill battle.

You asked for more control over your conversations, so starting next week we’re testing a new feature in Canada that will let you hide replies to your Tweets.

For transparency, viewers everywhere can see hidden replies by going to a new icon or the dropdown menu. pic.twitter.com/qM8osT7Eah

It’s being billed as a positive thing that users wanted.

But then, stifling free speech is so in vogue in Canada right now.

In Canada, the Instagram pilot project has already been put in place, but now Australia has been added. Don’t delude yourself into thinking that this won’t hit America soon.

The change means that Instagram users in Australia won’t be able to see how many likes other people’s photos get. Users will be able to see their own likes, however, they will see a list of likes and not an overall number.

You don’t get to choose, either. The “Like” count is being removed for your mental health.

The aim of the trial is to create a “less pressurised environment where people feel comfortable expressing themselves”.

The drastic change is compulsory for all account holders in Australia – but it won’t immediately affect people in Britain or the US.

It follows a similar change introduced in Canada in May and will be rolled out to New Zealand, Japan, Ireland, Italy and Brazil. 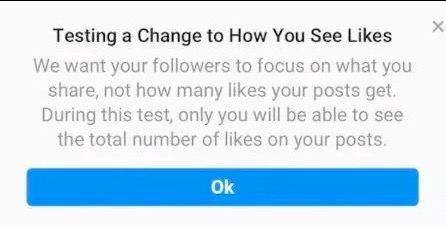 So-called “Influencers” will still be able to make money from their posts because marketing tools such as Insights and Ads Manager will not be affected by the changes.

The “Like” count can be seen on the bottom right-hand side of the Instagram page below the comments and next to the photo. 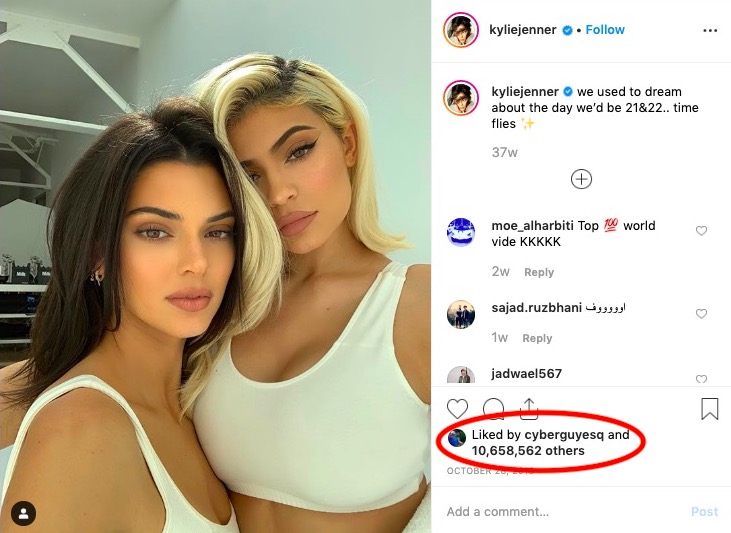 Instagram is also using AI to warn those whom they deem “bullies” from posting something offensive by asking, “Are you sure you want to post this?” when it finds a comment that it determines might cause offense. It should be interesting to see what AI deems potentially offensive since Microsoft’s AI went full Nazi in less than 24 hours.

Big Tech “experts” say that this is all about feeling comfortable expressing yourself.

The Facebook Australia and New Zealand director of policy, Mia Garlick, said Instagram should be a place where people feel comfortable expressing themselves, rather than being judged.

“We hope this test will remove the pressure of how many likes a post will receive, so you can focus on sharing the things you love,” she said in a statement.

“We are now rolling the test out to Australia so we can learn more about how this can benefit people’s experiences on Instagram, and whether this change can help people focus less on likes and more on telling their story.”

On those sites, conservatives are not allowed.

Couldn’t everyone see this coming when an ordinary brown egg became the most-liked photo on Instagram?

Let’s set a world record together and get the most liked post on Instagram. Beating the current world record held by Kylie Jenner (18 million)! We got this ? #LikeTheEgg #EggSoldiers #EggGang

These folks want happy-clappy little safe-space echo chambers  — but that’s not the real world, is it?

That’s not even an honest representation, they really want a place where they’re free to demonize people they don’t like with impunity and claim moral superiority.

People are people. We’re going to agree, disagree, and many just want to be left alone to do their thing.

But, when you start the censorship ball rolling, it does something very dangerous — it shoves those hateful ideas underground where they cannot be challenged.

I’m all for “Sunlight is the best disinfectant” view of speech.

That’s exactly what this Social Media manipulation is.