It’s the fourth of July. Nike is celebrating the flag — what do you think Kaepernick’s next move is? You guessed it — raise a stink!

Nike has to be wondering why they ever hitched their wagon to the perpetually-offended Colin Kaepernick. Now, just when they are about to unveil a patriotic shoe featuring a really great feature — Colin Kaepernick comes along and rains on their parade.

And sure enough — Nike is tapping out and pulling the ‘offending’ product.

So, what is so damned offensive that Colin has slipped out of irrelevance to bully Nike into compliance?

Even when her version of the flag shows up on patriotic shoes. 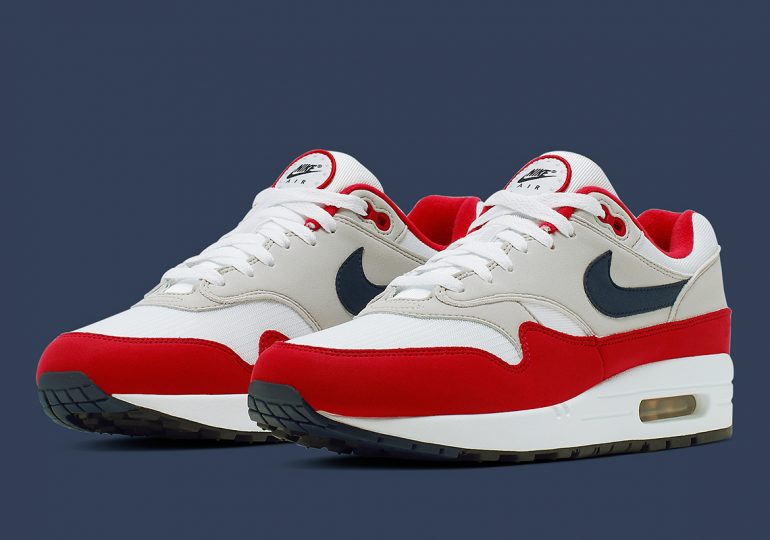 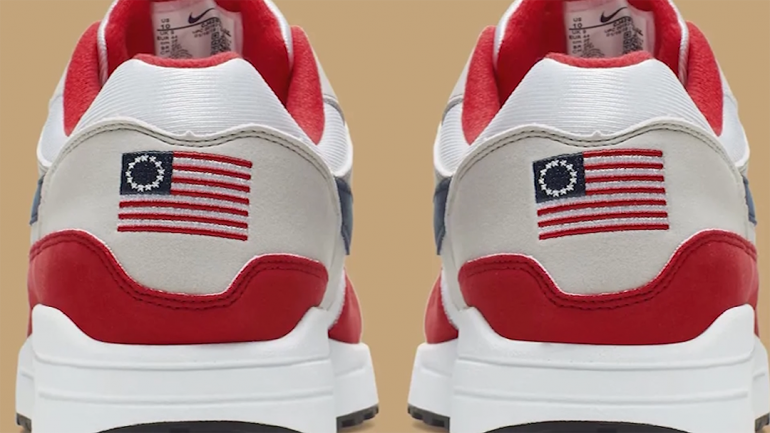 It almost looked like Nike was trying to throw the patriotic public a bone, after offending so many of us by embracing Kaepernick. Something of an olive branch of reconciliation.

And then CK said no mas.

According to The Wall Street Journal, Nike was forced to pull an American flag-themed shoe called the “Betsy Ross” from production after NFL quarterback-turned-political activist Colin Kaepernick, who inked a multi-million dollar sponsorship deal with Nike last year, complained.

Kaepernick reportedly told the company that he found the very idea of the shoe “offensive.”

“The sneaker giant created the Air Max 1 USA in celebration of the July Fourth holiday, and it was slated to go on sale this week. The heel of the shoe featured a U.S. flag with 13 white stars in a circle, a design created during the American Revolution and commonly referred to as the Betsy Ross flag,” WSJ reports.
Source: DailyWire

Like a timid puppy, Nike saluted and did the bidding of he who must be obeyed… for some reason.

But, it turns out, Nike was responding to a request from Kaepernick himself, who saw the shoe online and complained directly to Nike’s top brass.

“After images of the shoe were posted online, Mr. Kaepernick, a Nike endorser, reached out to company officials saying that he and others felt the Betsy Ross flag is an offensive symbol because of its connection to an era of slavery, the people said,” per the WSJ.
Source: DailyWire

When did America — founded by adventurers and pioneers — become a country in which a whiny little b*tch can cry his way into bullying entire corporations into subservience?

As our President would say… SAD!

Of course, it’ll cost them.

The Governor of Arizona BLASTED them on Twitter. Here are the closing thoughts of his Thread: 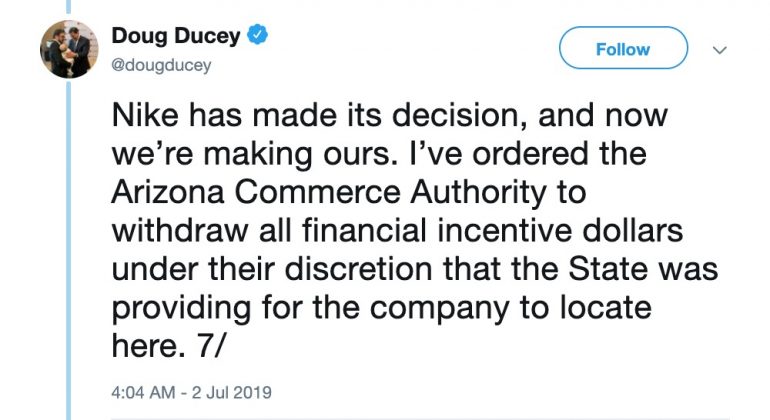