Looks like she’s ready to throw some big names from her own party under the bus here — any guesses who she might POSSIBLY mean?

This case could even dwarf the Harvey Weinstein prosecutions… especially when one considers how politically well-connected the Billionaire is.

Billionaire pedophile Jeffrey Epstein was arrested for allegedly sex trafficking dozens of minors in New York and Florida between 2002 and 2005, and will appear in court in New York on Monday, according to three law enforcement sources. Epstein, who owns a New York City mansion and an island in the Caribbean, was being held at the federal lockup in Manhattan ahead of his court date.

…For more than a decade, Epstein’s alleged abuse of minors has been the subject of lawsuits brought by victims, investigations by local and federal authorities, and exposés in the press. But despite the attention cast on his alleged sex crimes, the hedge-funder has managed to avoid any meaningful jail time, let alone federal charges.

The new indictment—which, according to two sources, will be unsealed Monday in Manhattan federal court—will reportedly allege that Epstein sexually exploited dozens of underage girls in a now-familiar scheme: paying them cash for “massages” and then molesting or sexually abusing them in his Upper East Side mansion or his palatial residence in Palm Beach. Epstein will be charged with one count of sex trafficking of minors and one count of conspiracy to engage in sex trafficking of minors—which could put him away for a maximum of 45 years. The case is being handled by the Public Corruption Unit of the Southern District of New York, with assistance from the district’s human-trafficking officials and the FBI.
Source: DailyBeast 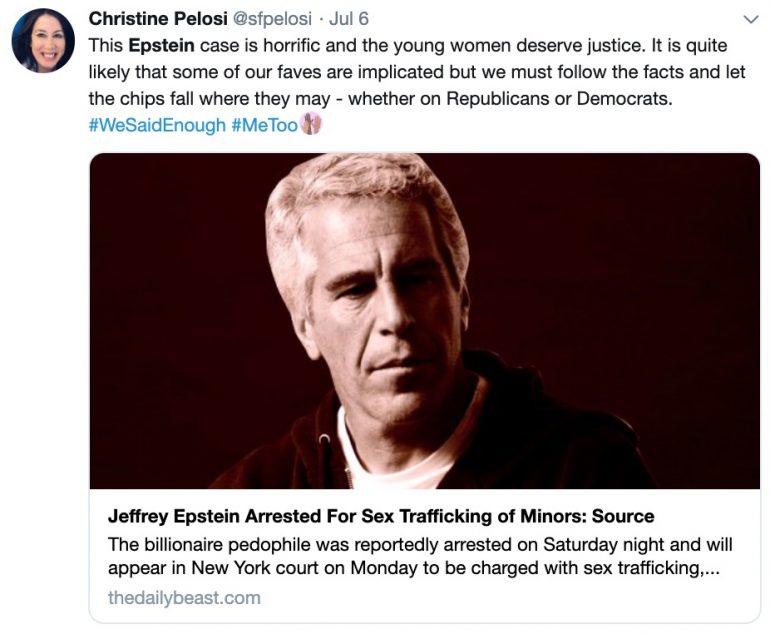 “some of our faves” she says. Who could she possibly mean? 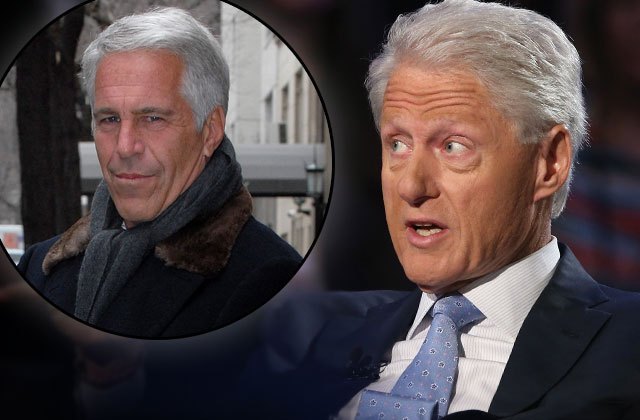 It couldn’t be the same guy they tried to send back to the White House with his wife only three short years ago, could it?

Something, something ‘Lolita Express’?

The flight records, obtained by Gawker, also show former President Bill Clinton rode on Epstein’s jet at least 11 times, and often with two of Epstein’s female associates believed to have provided the dozens of underage girls to their boss and his well-connected friends.
Source: DailyMail

Kevin Spacey’s name is definitely NOT one you want your name circled in red with — especially in the context of sexual allegations, yet here we are:

What’s the matter, Bill — getting nervous? 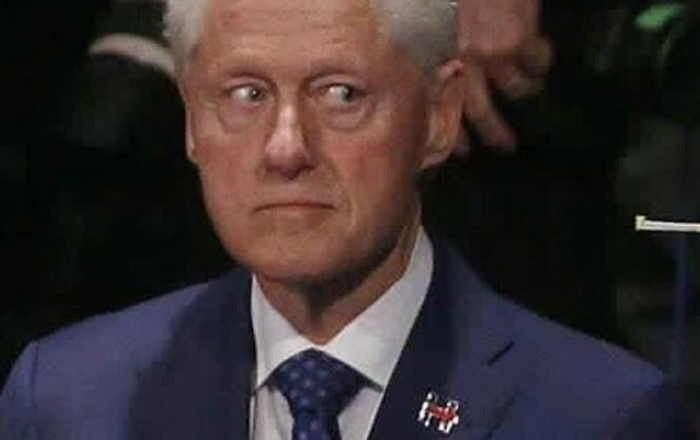 Interesting that, when their heroes become politically irrelevant, they get thrown under the campaign bus by the same very same ‘noble’ people who joined the conspiracy of silence when there was a political advantage to be gained.

If the ‘rich and powerful’ ever wonder what possible value a virtuous life might have over a licentious one?

There’s a long list. But a clean conscience is certainly part of it.