Congrats, California, you now have a problem normally associated with Rural India! ‘How Progressive of you!’

Sure California would rank as the world’s 6th largest economy, but they STILL have the majority of the nation’s homelessness, and the poop is EVERYWHERE!

It’s past the point of being useful. See for yourself: 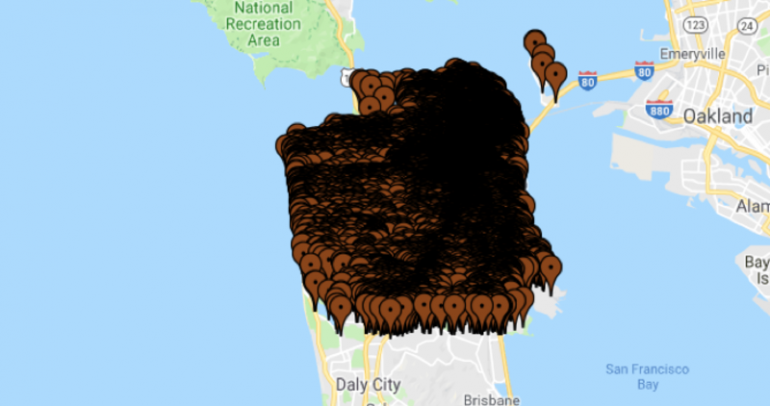 Lamenting San Francisco rates as the “the doo-doo capital of the U.S,” and California now has the “majority of the nation’s homeless people,” Claremont professor and author Charles Kesler writes there is a “defecation crisis” in California’s biggest cities.

“Without wishing to return to the Elizabethan Poor Laws, we ought to consider what was lost when the courts discouraged Americans from thinking of ‘homelessness’ in light of the old laws against vagrancy,” Kesler wrote for The Wall Street Journal.

“Under that understanding, no one had a right to camp out indefinitely on public property, much less to defecate on it. Public property belonged to the public — to everyone — and couldn’t be privatized for the benefit of one or more vagrants, however poor or sick. Though that principle would need to be applied to modern circumstances, it is the indispensable starting point for thinking about the shocking problems of the Golden State.”

The sub-headline of his Journal opinion piece remarked California lawmakers are banning plastic straws to reduce waste, but “a far worse kind of waste covers the streets of San Francisco and L.A.”

“The majority of the nation’s homeless people now live in California,” Kesler wrote. “There are myriad causes at work, no doubt. But there was no ‘defecation crisis’ — a term usually associated with rural India — in the 1930s, even with unemployment at 25%, vagabonds roaming the country, and shantytowns, and ‘Hoovervilles’ springing up everywhere.
Source: Newsmax

New Mayor Of Crap City: ‘More Feces On The Sidewalks Than I’ve Ever Seen’
Super Pooper: School Superintendent Busted For Dropping A Deuce On Football Field – And It Gets Weirder

Watch: Chick Lets Her Dog Crap In The Airport And Refuses To Pick It Up

Even Cleaning Crap Off The Sidewalks Is ‘Racist’ Now? — No This Isn’t Satire

GROSS: If You Said, ‘This State Has Sh*tty Beaches’, You’d Be Correct