*Editor’s Note: we are attaching photos of the author’s social media post and the timestamp showing it was written before the related news broke.*

On Thursday, August 8th a man entered a Walmart in Missouri dressed in camouflage colored body armor and carrying an AK style rifle. Police in Missouri identified the armed suspect that entered a Springfield Walmart on Thursday as 20-year-old Dmitriy Nickolayvich Andreychenko, who was reportedly stopped at gunpoint by an off-duty firefighter before being taken into custody by police. They have released his name, picture and charges. So far there has been much conjecture as to what he was intending to do.

What if he was protesting Walmart’s policy banning the sale of AK style rifles? What if in Missouri open carry of a rifle is legal? What if he actually broke no laws and made no threats but was exercising his first and second amendment rights, the same first amendment right many are using to call him all kinds of names? But then to consider all of this would require
critical thinking, a tool that the public school system has removed from the education system here in America for the last 20 plus years, so instead there will be an endless stream of profane remarks and ignorant assertions based on MSM clickbait and nothing else. Unless this hypothesis proves true and in that event the entire story will simply disappear. [Editor’s note: Here is a news report saying he was ‘just testing their commitment to the 2nd Amendment’]

The problem is the police in an effort here to show that they are on top of things and a potential mass shooting was thwarted have instead potentially ruined a young man’s life and made him and his wife a target. The presumption of innocence is core to our freedoms and liberties. What we are seeing here is the effect of last weekend’s terrible shootings and the narrative being driven by radical leftists and their friends in the press. As one person who commented noted, the left is fine with wearing pink hats and impeding traffic on bridges and major highways, two of which are criminal. However, using your first amendment to support the second amendment does not fit their narrative and therefore we must reject him and his worldview.

I am not agreeing with his decision to do this. I think he used terrible judgment, but I also believe that all those assuming that he was there to commit a mass shooting need to wait for the investigation. I also do not agree with the release of all this information about him in light of the left’s stated animosity and what they are doing to carry out their view of justice. 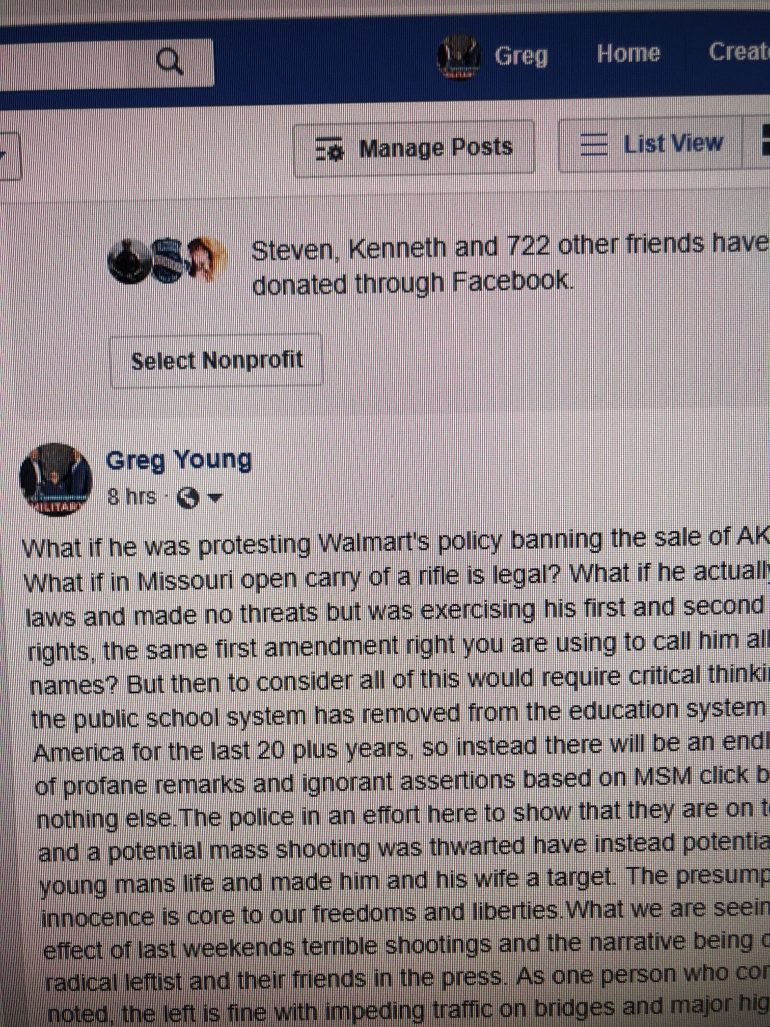 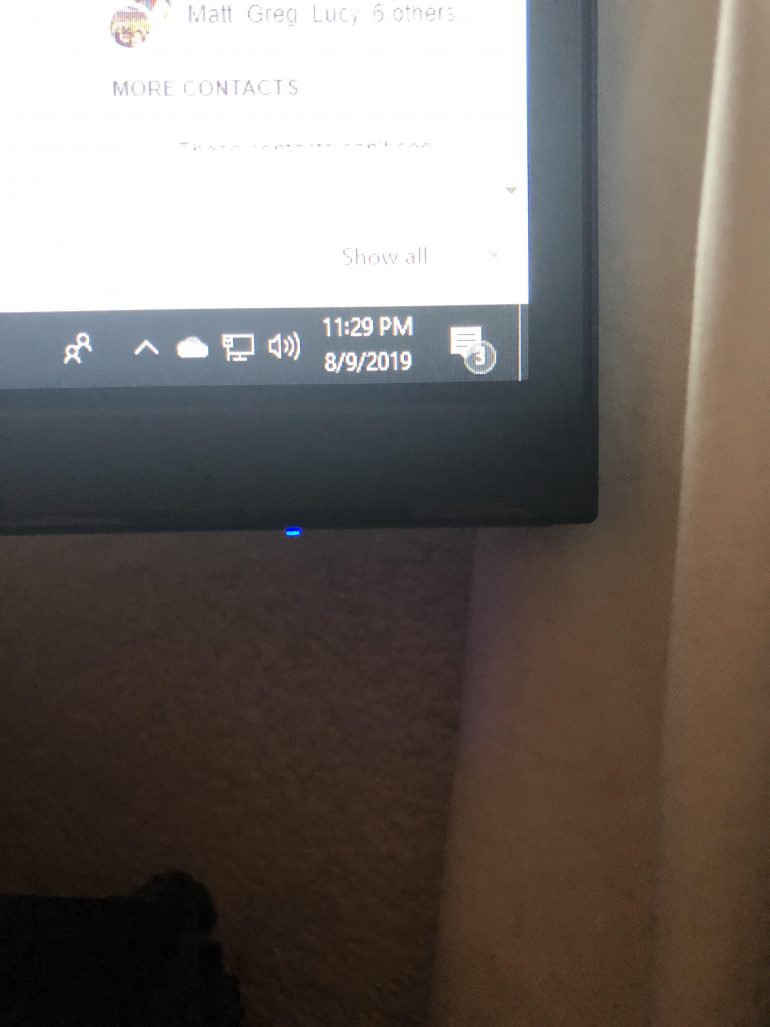 Has his wife now been endangered? Would they have done this if he were a Muslim? What if he were an illegal immigrant? Because he is white and he was carrying an AK style rifle and dressed in camouflage body armor then he is presumed guilty until proven innocent. Just like every white American that supports President Trump and owns a gun is a white nationalist fascist according to the media and leftists. Think about that!

Let’s not jump on that train and let’s reserve our judgment until all the evidence is reviewed. Let’s hope and pray he gets justice. Let’s also pray for his wife’s protection from some left-wing crazy. Let’s pray for our President and this nation in this time of upheaval, for wisdom and clarity.

Let’s pray for America to embrace God once again.

This incident and the tragedies of the weekend of August 3rd now have the President contemplating Red Flag Laws, Involuntary Confinement based on your leftwing neighbors call to authorities, increased background checks and monitoring of Americans on all social media and internet searches by these radical media giants who we know are determined to turn the election for a liberal socialist anyway.

I interviewed Dr. Robert Epstein on my show Friday August 2nd and he described how by his calculations Google could manipulate the election by as many as 15 million votes and that in 2018 they moved 800,00 votes to the Democrats and it is completely untraceable except by his program. We must not allow emotions to manipulate us into supporting rash changes nor can we let it shift our support away from a President that has pursued the most Conservative policy agenda since Reagan. In fact to this point in his Presidency he is ahead of Reagan according to Heritage Foundation. In addition his judicial selections are already making significant decisions that are defending first amendment rights for Americans. The Bladensberg Maryland cross case in the Supreme Court which held that religious monuments are an integral part of American history and that they are protected as such by the First Amendment. Lower court appointments are making a difference as well. The Ninth Circuit Court, an historically liberal court, has seen three Trump appointees move the court in a recent opinion in favor of the President to defund Planned Parenthood. Our President needs then to hear our voices the loudest in support of him continuing to fight for the Constitutional Republic our Founders gave us.

The example with which I opened this article embodies the need to defend innocence till proven guilty; to gather all the facts and to not let the radical left cloud our views. Believe this the left in all its current turmoil is united in its efforts to destroy our country and remove our duly elected President.

We too must stand united, raise our voices and call upon our God as our forefathers did before us. The pursuit of righteousness is what he sent His Son to die for.