It’d be such a shame if that nickname went viral, wouldn’t it?

You can tell a lot about the press by what stresses them out, by what narratives they protect, and what they are deliberately blind to.

When they are OPPOSED to a group, you may have noticed they have no objection at all to redefining it in terms THEY want the public to use.

For example, how many of us on the right have been written off with every conceivable ‘ist’ and ‘phobe’ term under the sun, for any reason… or no reason at all?

And what about the Pro-life organizations?

Does the media have any objection whatsoever to reclassifying them according to the Left’s preferred narrative as ‘Anti-Choice’ groups, even though that is neither a term Pro-lifers use for themselves, nor even one that accurately defines the motivating principles of their cause?

Oh, but let anyone come along and bust up one of THEIR official narratives, and they go squirrely. Can you even IMAGINE them calling Planned Parenthood a ‘pro-infanticide’ organization?

And now, look at ‘Antifa’. (I know, why would anyone WANT to look at those clowns, right?)

They show up in a city wearing masks, holding weapons, and swarming people. Sometimes they even attack their own by mistake. Last weekend, they swarmed and attacked a couple of tourists who had no idea what was going on, simply for taking pictures. They have hospitalized journalists.

What is Antifa’s preferred narrative? They are the ‘heroes’ of their stories. Anyone they attack is literally Hitler, and they have come to society’s rescue.

It’s right in their name, see? ‘Antifascist’. How can that possibly be evil? Well, for ONE thing, we have this FBI report talking about their known associations, which include ISIS:

Task force covered G-20 meeting in Hamburg studied intel from local authorities, Interpol and other assets, determined that as assumed U.S. based anarchist/radical groups had traveled to Germany and took part in the violence. There is also evidence of meetings between these individuals and associates of ISIS. There is clearly overwhelming evidence that there are growing ties between U.S. radials and the Islamic State as well as several offshoots and splinter group affiliates.
…Ties between three key leaders of the Oakland group [names redacted] met in Hamburg with a leader of the AQAP [Al Qaeda in the Arabian Peninsula] and the AQIM [Al Qaeda in the Islamic Maghreb]. The leader from AQAP is an Egyptian born male [name redacted] who is known to be in charge of finances and recruiting for the group.

There is evidence from informants that he is helping the Oakland group acquire the weapons they are seeking, primarily bomb making equipment and toxic chemicals and gases.

One of the men from Oakland traveled to Syria to meet with ISIS, the purpose was for training in tactics, but was thought to be primarily a bonding visit to discuss possible massive disruptive attacks on the U.S.

While in Hamburg several of the Oakland based criminals were photographed throwing Molotov cocktails and wielding iron bars, which have been their weapons of choice, though they are almost certainly on the verge of upping the caliber of their weaponry for use in the U.S.
Source: Human Events

Newsweek (whose editor, you will note, was cited in the quote above linking Antifa to ISIS) was offended when @Kellyannepolls flipped the narrative and used @Dbongino’s alternate definition for Antifa – Anti-First-Amendment. The Daiy Beast flipped out, too.

Here’s Dan Bongino’s 45-second explanation of why we would call them the Anti-First-Amendment Group.

Let’s look at the First Amendment.

Congress shall make no law respecting an establishment of religion, or prohibiting the free exercise thereof; or abridging the freedom of speech, or of the press; or the right of the people peaceably to assemble, and to petition the government for a redress of grievances.

It roughly breaks down into the following: Religious freedom, Freedom of Speech, Free Press, Free assembly, Freedom to petition the government.

Do they, in fact, disrupt any of those freedoms?

They have swarmed strangers in approved marches, including thier ongoing targeting of ‘Patriot Prayer’ (Religous) that was originally led by 2 non-white leaders who, as you may recall, originally planned to march peaceably and pray for the current administration while wearing Pro-America symbols.

Free Speech? They have been an agitating presence at a number of free speech rallies for the last 2 years, and arrests are commonplace.

The Press? Ask @MrAndyNgo about that one. He was admitted to the hospital with a brain bleed. We’re still waiting for Portland Police to press any charges on that sorry display.

Free Assembly? They aren’t even safe from one another. They’ve beaten the hell out of one another in their mistaken zeal. Their whole GOAL is violence and intimidation.

So, should we call them ‘Anti-First-Amendment?’ Anti-FA?

If the shoe fits… 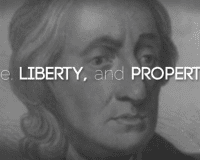