Sooo… should the guy in this story feel offended or flattered? He was accused of shoplifting, but he was also told he had an unusually large unit.

And he didn’t even have to stuff a banana in his pants like a certain BlackFace Prime Minister we could mention.

There’s high definition footage of that now, which made his bad story even worse.

It's funny to see liberals defend this outrageous video of Trudeau and point out it wasn't bananas on his shirt…no maybe not but what's in his pants??? ? pic.twitter.com/Bjs6zQNebU

But the guy in THIS story today didn’t HAVE any bananas in his pants. Or socks, potatoes or any other such ‘augmentation’.

But security looked at him and thought something about his outfit was sketchy.

They figured they had busted someone trying to take advantage of a ‘five-finger discount’. They couldn’t have been more wrong.

He had been buying £400-worth of stuff at Scotts Mens­wear, with girlfriend Mandy Shenton, 46, and her 18-month-old grandson.

But things came to a head at the till when the store manager asked about his bulge.

Steve, who claims he often has to roll up his manhood, said: “I had very tight jeans on that day and there was a bulge, yes, but that’s not illegal. I can’t help the way I’m made.

“The manager started arguing with me. She wouldn’t let it go. I just kept telling her that it was my penis.

“Eventually I dropped my trousers in front of everyone and just stood there in my boxer shorts and said, ‘See, I’ve got nothing to hide’.
Source: Sun

Well, that must have been awkward. 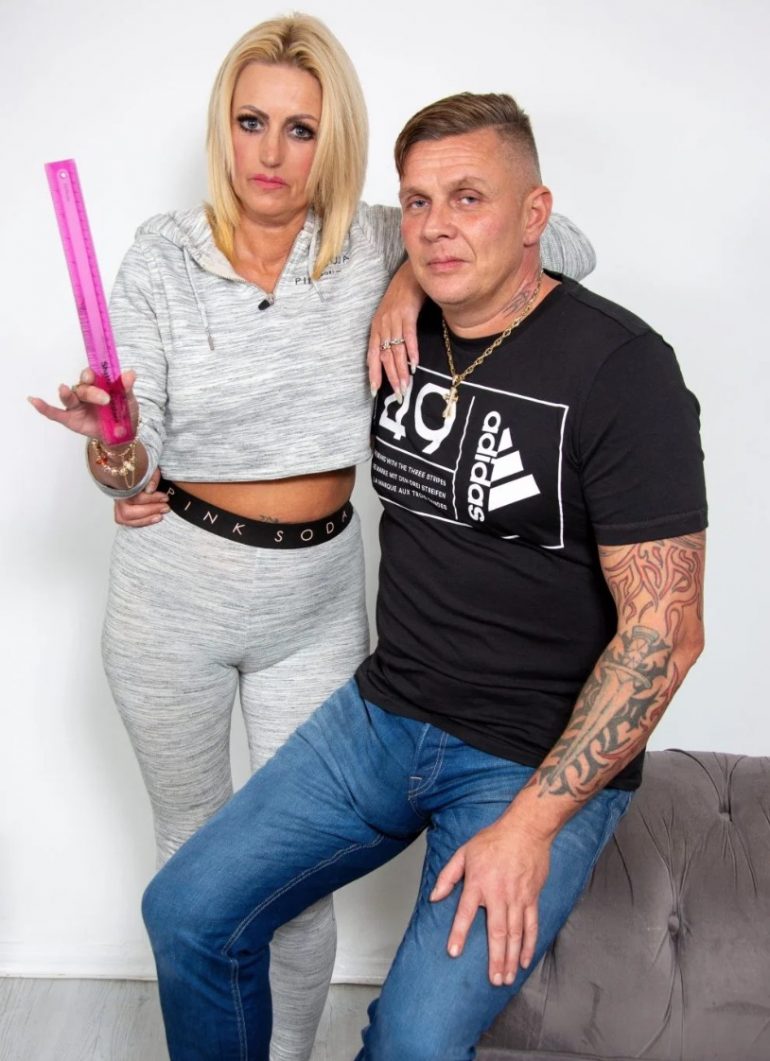 “But that didn’t satisfy her. She kept saying, ‘What’s that bulge?’”

He said he then went to a cubicle with a male security guard at his local store in Stoke-on-Trent.

Steve recalled: “I dropped my boxers. He shook his head and ran out and spoke with the manager. I heard her say, ‘Please tell me he’s got something down there,’ and the guy said, ‘No’.”

He called last Sunday’s outing the “craziest experience of my life” and has complained to the company, owned by JD Sports.
Source: Sun

And because at least some of our readers are wondering how big is ‘big’… the original article cites him as being ‘ten inches’.

Well, we’re going to have to take their word for it.