The fact that he was polling somewhere in the negatives wasn’t enough for him to throw in the towel, but being called out by an A-lister on Late Night TV may have finally sent the message home.

And it may have sent De Blasio home in the process.

In the middle of Billy Crystal’s interview, where he was riffing on what it was like for him to come back to New York.

Then he turns his attention to the Mayor and his laughable run for President.

“… and too much garbage. De Blasio, what are you doing in Iowa? You’re going nowhere. Come back and clean up this city.”

He wasn’t the only one raising that point about the ‘part-time mayor’. 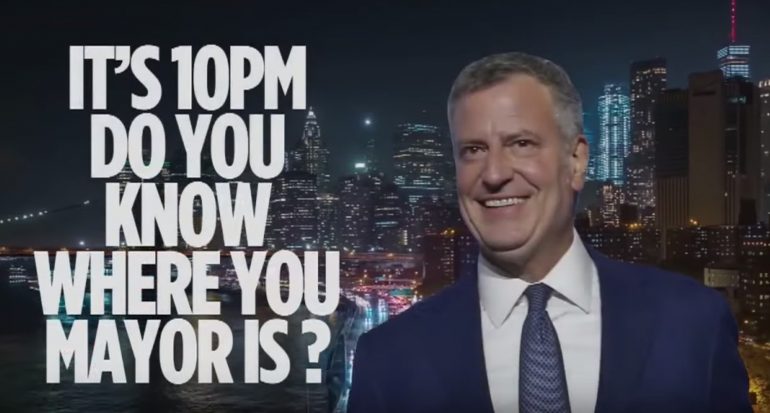 And now, suddenly… De Blasio did exactly that.

He has officially thrown in the towel.

Naturally, this news was too juicy for Trump to resist.

Oh no, really big political news, perhaps the biggest story in years! Part time Mayor of New York City, @BilldeBlasio, who was polling at a solid ZERO but had tremendous room for growth, has shocking dropped out of the Presidential race. NYC is devastated, he’s coming home!

Wow, Twitter was made to order for our President, wasn’t it?