What began as CNN bragging about a ‘scoop’ ended as a good old-fashioned horsewhipping of CNN for their Fake News. 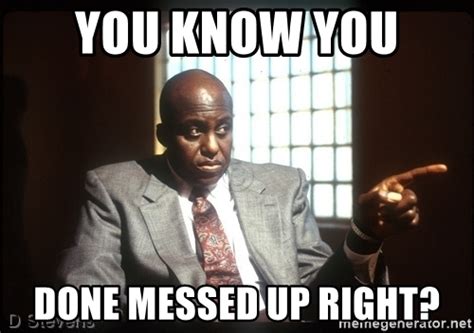 So, what did they THINK they had, and what was it they REALLY had?

The scoop CNN thought they had:

In a previously undisclosed secret mission in 2017, the United States successfully extracted from Russia one of its highest-level covert sources inside the Russian government, multiple Trump administration officials with direct knowledge told CNN.

A person directly involved in the discussions said that the removal of the Russian was driven, in part, by concerns that President Donald Trump and his administration repeatedly mishandled classified intelligence and could contribute to exposing the covert source as a spy.
The decision to carry out the extraction occurred soon after a May 2017 meeting in the Oval Office in which Trump discussed highly classified intelligence with Russian Foreign Minister Sergey Lavrov and then-Russian Ambassador to the US Sergey Kislyak. The intelligence, concerning ISIS in Syria, had been provided by Israel.
The disclosure to the Russians by the President, though not about the Russian spy specifically, prompted intelligence officials to renew earlier discussions about the potential risk of exposure, according to the source directly involved in the matter.
Source: CNN

And, if you bothered to read all the way down to the bottom:

There’s even a little notation a the end of the story that says:

“UPDATE: This story has been updated to include additional details about the covert source.”

The Story They Failed To tell:

In fact, however, officials “mishandled intelligence” and tried to extricate this source in 2016, before Trump even won the presidential election. The New York Times reports intelligence officials compromised this source by gossiping about him to news reporters.

“When intelligence officials revealed the severity of Russia’s election interference with unusual detail … the news media picked up on details about the C.I.A.’s Kremlin sources.” Then, “C.I.A. officials … made the arduous decision in late 2016 to offer to extract the source from Russia. … [T]he C.I.A. pressed again months later after more media inquiries.”

President Obama compromised this source even further, right before Trump’s inauguration. Obama authorized the public release and declassification of a report by the Director of National Intelligence (DNI) alluding to this source’s placement in the Russian government. The New York Times cites the public release of the DNI report as another reason for extracting the source.

The DNI report incredibly claimed President Trump was Russian President Vladimir Putin’s favored candidate in the United States presidential election. It said Mr. Putin was, in part, motivated by a “grudge” against Democratic presidential candidate Hillary Clinton “for comments he almost certainly saw as disparaging him.”

In publishing those claims, intelligence officials publicly revealed they were privy to Putin’s private motivations and policy process. This implied they either had a mole in Putin’s inner circle or else were eavesdropping on Putin’s most sensitive discussions. Such a revelation would have been clever if it were false because this could cause Putin to distrust, investigate, or even purge members of his inner circle.
Source: Federalist

They were off by exactly 180 Degrees.

The very thing CNN tried to accuse Trump of being responsible for — the ‘outing’ of an American asset in Russia — wasn’t Trump’s fault at all. How could it have been, when the decision was made in 2016, before he was even President?

Then again, being completely wrong in a bogus accusation is par for the course for CNN.

What REAL news was broken by this bogus CNN story?

There were actually two pieces of news in their botched hit on Trump.

First, it was the intelligence officials gossiping to — THE MEDIA — not Trump talking to Kislyak, who compromised this American asset.

Cited from the blockquote, above:

The New York Times reports intelligence officials compromised this source by gossiping about him to news reporters.

Second, Obama HIMSELF played a role in compromising this asset.

President Obama compromised this source even further, right before Trump’s inauguration. Obama authorized the public release and declassification of a report by the Director of National Intelligence (DNI) alluding to this source’s placement in the Russian government. The New York Times cites the public release of the DNI report as another reason for extracting the source.

There’s yet another strike against that supposedly scandal-free Presidency.