The process they used to find it was actually a pretty solid example of what digital digging can pull when you know what you’re doing.

So, what did they find when they dug up Romney’s digital lurker profile?

Well, first, he goes by the name Pierre Dilecto. Laugh all you want, but it could be worse, he could have gone with, say, Carlos Danger, right?

Next, he’s every bit as dull as you might expect a man who blows out his candles individually might be.

pierre delecto may seem like a weird name for mitt romney to choose for his secret twitter but then you have to remember this is how he blows out birthday candles pic.twitter.com/OqH7KddwHf

1. @mckaycoppins writes an amazing profile of Romney, in which the senator admits having a secret Twitter.

2. @ashleyfeinberg does her thing, and finds the account basically immediately.

He used his account to hide in the shadows, quietly watching who was saying what — about him, mostly. He never posted anything, but he would occasionally respond to the posts others made about him.

Pierre has only ever tweeted 10 times total, and all of them have been replies to other tweets—certainly the sort of behavior one might expect to see from a self-described “lurker.” The account’s first tweet, coming a whole four years after its initial registration, was a show of frustration at Fox News for not yet having a New Hampshire presidential poll up. –Slate

Here are three examples. The third one is perhaps the most interesting of the three. 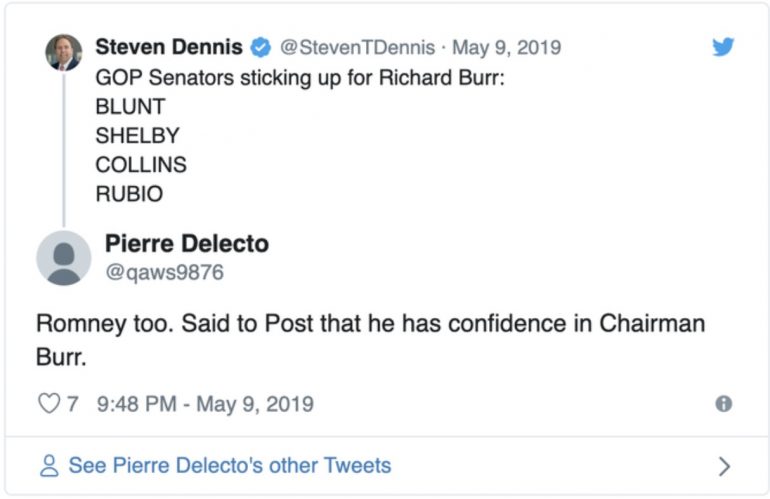 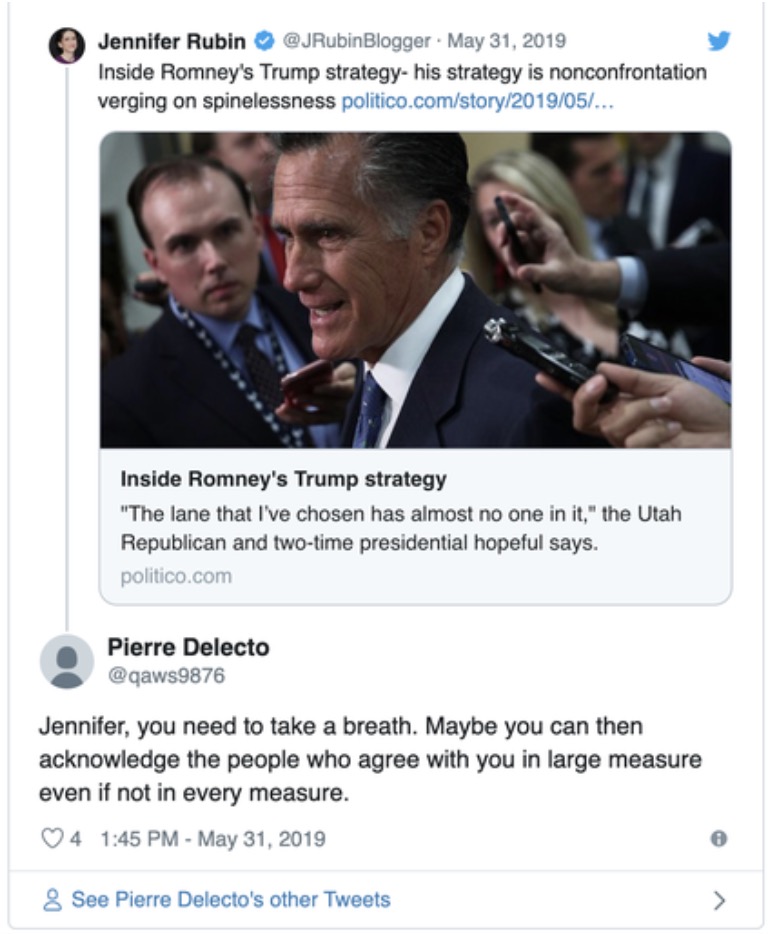 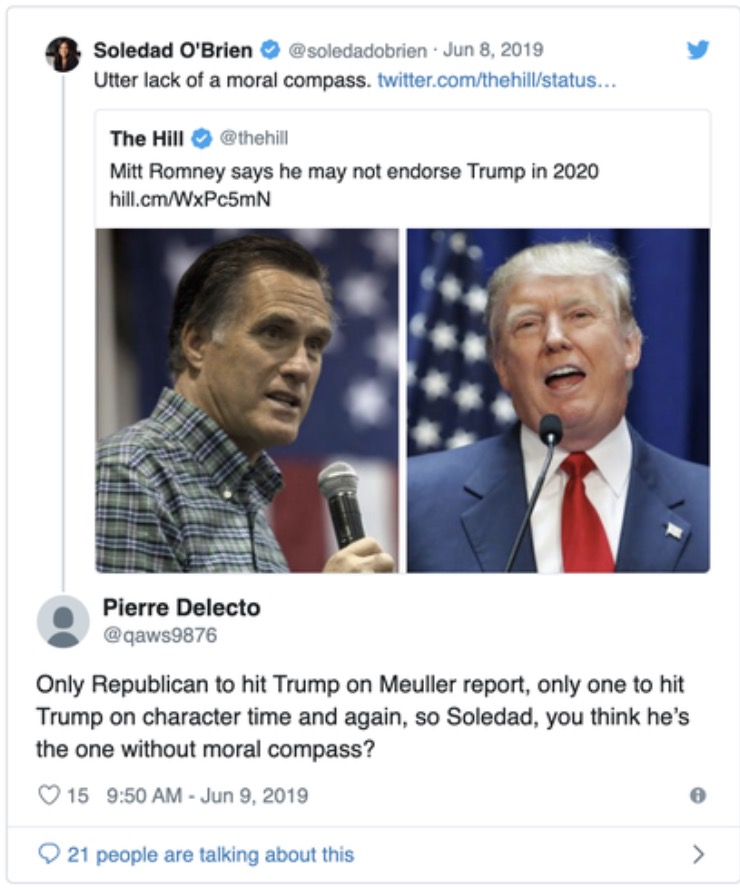 Moral compass? Romney is Denouncing Trump, but defended Antifa. He really should sit this one out.

Who is the one without the moral compass? That would be the guy defending his own honor while pretending to be a third person, you nutless wonder. Bitch about Trump all you like, but if you brought this same kind of fighting spirit to 2012, Trump might never have entered politics, eh?

It takes ZERO moral courage to denounce Trump in a world where almost ALL of the guys who write the headlines have a hate-on for him.

Face it Mittens. Trump BECAME president BECAUSE of your failures in 2012. There is a direct cause-and-effect relationship.

And THAT is what really burns him up isn’t it?

All the NeverTrumpers are just lapping it up, too, giving him all the attention he never got when he was the Dems’ opponent — but now that he’s an ally, he will get all the attention Stormy and Avenatti got — until they aren’t useful anymore.

Buy then, the 2020 election will have run its course, and he will be left standing with the empty realization that he wasn’t actually helping defend the Constitution against Trump, he was a useful idiot employed in the task of helping the Democrats shred it.

On the upside — at least a man with his wildly defective judgment never wound up in the Oval office. There’s no telling WHAT he would have done to keep a fickle press happy with him.

Meanwhile, as Romney plays along with the Democrats’ little games, what is happening to our institutions? If he cared so deeply about them as he claimed, he would be focussed on coming up with a Senate strategy to tell the Democrats that if they didn’t honor the same due process given in previous impeachments, they would dismiss this impeachment in the same way that judges dismiss trials where the victim’s 4th Amendment rights are not respected.

Which — ironically — is something ELSE we haven’t heard Mittens speak up about. What is his position on Spygate?

Poor, misguided Mittens need to broaden his horizons and read a good book on why his take on the Trump presidency isn’t worth a plug nickel.

He could start here: