Sometimes those carefully-planned elaborate events do NOT play out as planned… and hilarity ensues.

You know how people have been making elaborate parties to announce whether the baby they are expecting is going to be a boy or a girl?

(You’ll notice we did NOT say which gender that clump of cells would be assigned at birth. Because nobody talks like that when the expected baby is WANTED by the parents.)

Sometimes, those parties looked better on paper than they do in real life.

In this case, it was a great big black balloon that they beat like a pinata until the balloon burst with something telling the world (by the color it revealed) whether baby was going to be a boy or a girl.

But the balloon did NOT want to break. And that wasn’t even the worst of their problems.

Then the helium did what helium usually does…

And then there was the trouble with the fence.

If there was ever a metaphor for the Dems shooting themselves in the foot with this Impeachment process… this is certainly it: 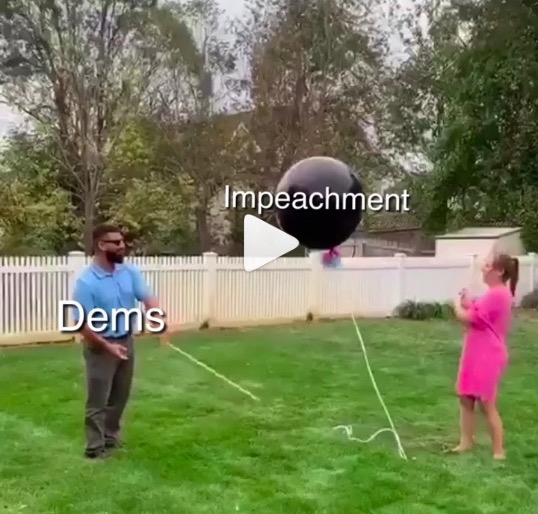