If he’d fought as hard against Obama, maybe he wouldn’t be bitching about President Trump’s ‘tone’.

Romney is trying to pitch his opposition to Trump as ‘principled’. But to so many of the rest of us it just looks like sour grapes.

Mitt Romney has taken up the mantle of heir apparent to Jeff Flake as the Chief Dissenting RINO in the allegedly ‘Republican’ party.

He never misses an attempt to ingratiate himself to the press that so badly savaged him in 2012, and it almost seems like he’s begging them to love him. But he’s not yet learned that they’ll only speak well of him for as long as he’s useful.

And sorry to burst your bubble, Mitt, but in case you haven’t noticed a Billionaire Morman Republican will only be useful as a foil against Trump. Once they don’t need that, they’ll be right back to hating you.

And he’s playing right into their game.

He and Trump had a bit of a dust-up on Twitter… and in the process of Mittens getting dragged, a few things he’d rather see buried came up with them.

First, here’s the Twitter exchange. They traded insults, and not for the first time.

When the only American citizen President Trump singles out for China’s investigation is his political opponent in the midst of the Democratic nomination process, it strains credulity to suggest that it is anything other than politically motivated.

Trump, never one to back away from a fight, punched back.

Somebody please wake up Mitt Romney and tell him that my conversation with the Ukrainian President was a congenial and very appropriate one, and my statement on China pertained to corruption, not politics. If Mitt worked this hard on Obama, he could have won. Sadly, he choked!

Mitt, get off the stage, you’ve had your turn (twice)! https://t.co/zz6TA6XoGe

There were all kinds of reactions.

He wants to be Biden's VP. pic.twitter.com/Qqy7hMNKcm

.@realDonaldTrump just told @MittRomney to take his "ofay Paddy ass on down the road." — Walt

Trump gets better and better every day. #Trump2020 https://t.co/QhMhsRodmU 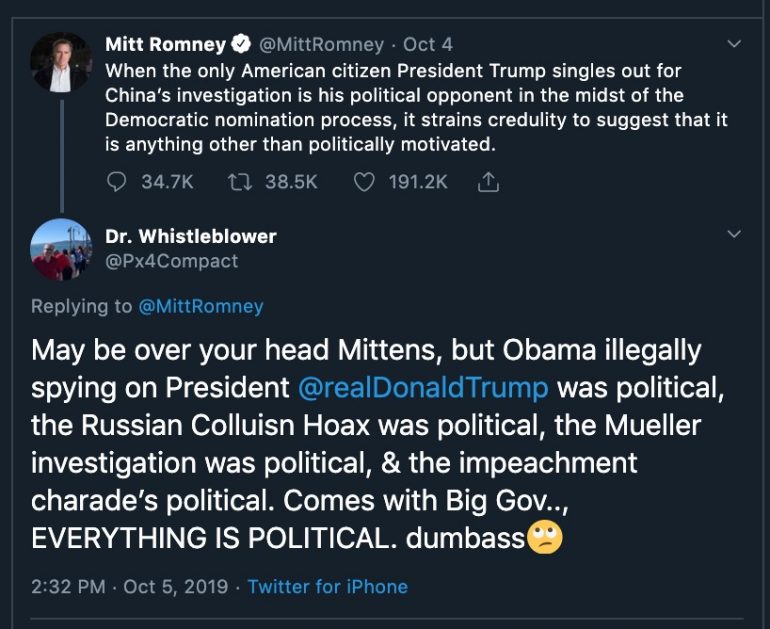 Hey Romney… did nobody tell you ‘the internet is forever’? 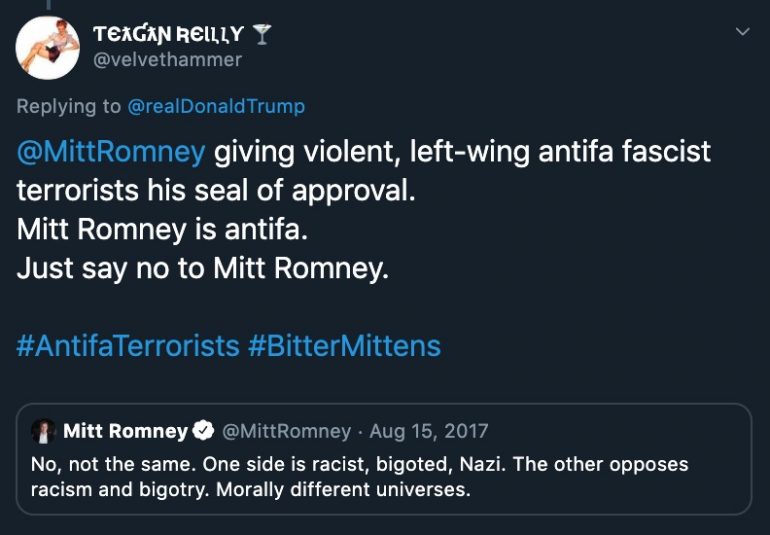 About those sour grapes? Does THIS qualify as ‘motive’? 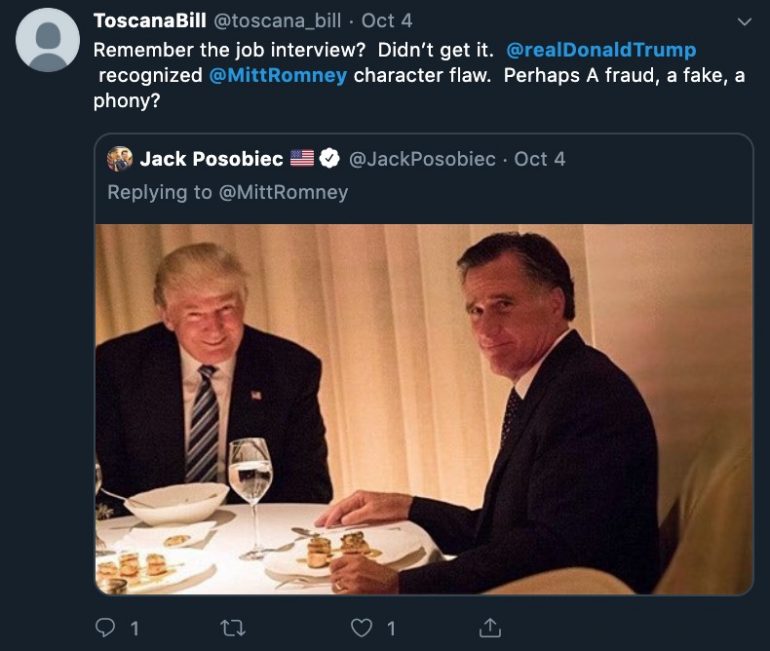 Oh yes, and there’s a cherry on top.

Not only did we get reminded about that time he sided with Antifa, and an advisor that worked with Biden’s son for Burisma, but we also got to watch Bill Kristol punch himself in the face (unprovoked) on Twitter. 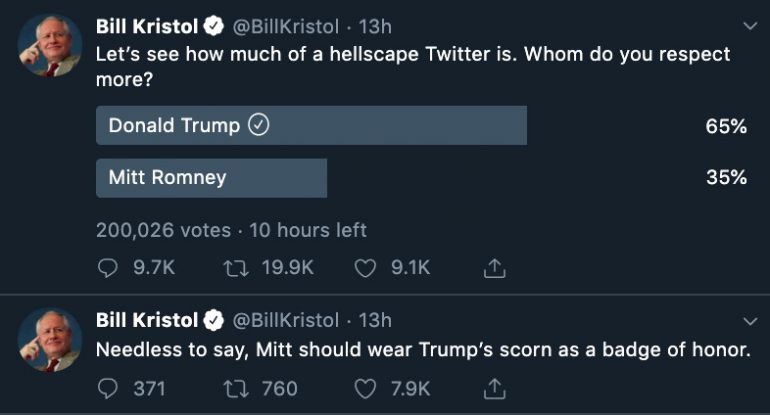 Ah, Bill Kristol. Principled Conservative. Who was the money behind your ‘Bulwark’ project again? A strong and principled Republican? Or someone on the left that’s happy to see Red-on-Red attacks?

The Institute was also awarded $150,000 from the left-leaning William and Flora Hewlett Foundation in September 2018. The grant was paid to the Institute through DonorsTrust, a right-of-center donor-advised fund provider
Source: FrontPageMag

One negative tweet from Romney dug all that up.

Now that you’ve been soundly spanked on the internet, feel free to go away. The guy who actually DID become president has better things to do.